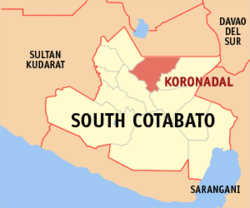 Sandig said Private First Class Richie Librado, 41, a resident of Barangay ML Quezon and a member of the 33rd Infantry Battalion, was killed when he resisted by firing at the raiding team.

Senior Inspector Ramil Aurello of Koronadal City PNP was injured in his right thigh and is now recuperating in a hospital.

Seized from them were four sachets of suspected shabu and paraphernalia, a homemade 12 gauge shot gun and a homemade .45-pistol.

The suspects were caught holding a pot session.

Sandig said the raid was conducted after an agent posing as buyer managed to secure shabu from the suspects.  SFM/rga