Alex Tizon, the man behind 'My Family’s Slave' | Inquirer News

Alex Tizon, the man behind ‘My Family’s Slave’ 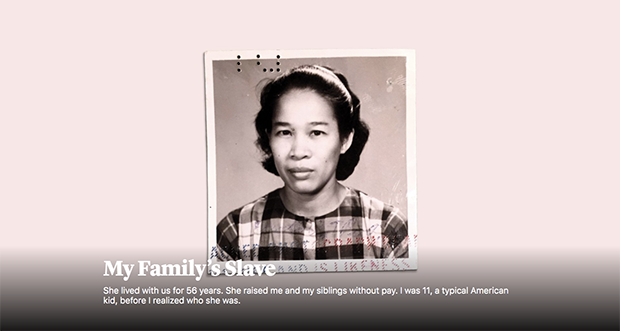 “My Family’s Slave” was Alex Tizon’s last story, one he struggled to tell.
Image: Screen grab from The Atlantic

Tuesday night in the Philippines, American magazine The Atlantic shared the story “My Family’s Slave”. Less than 24 hours later, the story received thousands of shares on Facebook alone.

Alex Tizon, a Filipino-American award-winning journalist, beautifully wove the story of a harrowing reality: his family had kept a slave their entire lives.

He tells the tale of Eudocia Tomas Pulido called “Lola” by his family, her life intertwined with his mother’s who inherited Lola from her father. She was the family’s dark, dirty secret, a modern-day slave in the land of the free.

The article drew mixed reactions, with some labeling him complicit to the abuse of Lola—how was it allowed to go on for so long? Others acknowledged that the story was neither about glorification nor justification, but to give Lola the voice she was made to feel she never deserved.

Tizon was only 57 when he died of natural causes March this year. In an editor’s note on Tizon, The Atlantic editor-in-chief Jeffrey Goldberg shared that his death was all the more made painful by the irony that on the same day, March 24, they intended to tell him that Lola’s story would be the magazine’s June 2017 cover story.

“Alex did not know that we would be putting his piece on the cover of this issue; he died the day we made that decision, before we had a chance to tell him,” Goldberg wrote. “His death, quite obviously, could have derailed publication of what turned out to be his final story, but his family, led by Melissa and his siblings, worked with us during this uniquely trying time to make publication possible.” 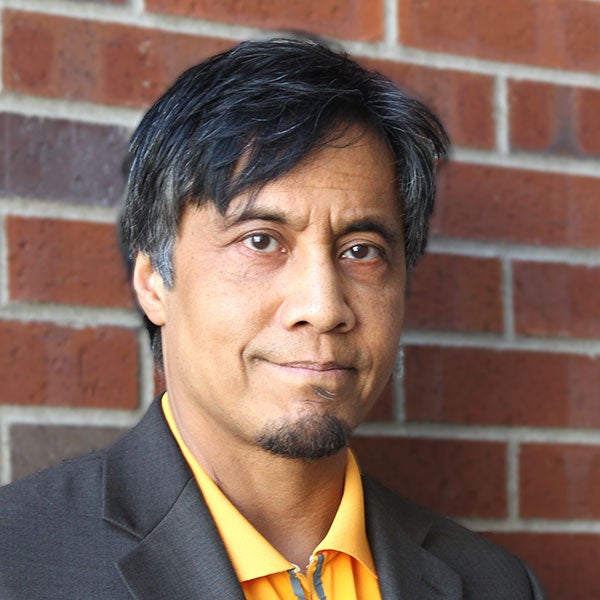 It was the last he would tell—in fact, it was still due for fact-checking, according to a report in The Seattle Times—in a lifetime spent on what The New York Times describes as “deeply reported articles” of people on the fringes.

Born in Manila on October 30, 1959, Tomas Alexander Tizon migrated to the United States with his family and their slave when he was five. His mother, Leticia Asuncion and father, Francisco Tizon, had to borrow money to move the family to Los Angeles. They also lived in Seattle and the South Bronx, and then finally settled in Oregon.

Tizon took up political science at the University of Oregon in college and then pursued a master’s degree in journalism in Stanford University.

In 1986, he joined The Seattle Times. As an investigative journalist, he focused on “exposing untold stories of marginalized communities.” During his 17-year stint at the paper, along with two other journalists, he received the 1997 Pulitzer Prize for uncovering corruption in a housing program intended for Native Americans which led to government reforms.

From 2003 to 2008, he was Seattle bureau chief at the Los Angeles Times. He also lived in Manila for two years on a Knight International Journalism Fellowship where he documented government efforts to eliminate poverty in the country’s five poorest provinces.

In 2011, he began teaching journalism at the University of Oregon and also worked as a freelance writer. He contributed to U.S. national publications such as The Atlantic.

During his life, he struggled with his identity as an Asian-American, which he detailed in the 2014 memoir “Big Little Man: In Search of My Asian Self”. It is described by The New York Times as “a self-lacerating examination of the complexities, humiliations, and small victories of Asian men trying to adjust to life in America.” One such revelation was his attempts to be whiter and taller as a child.

Colleagues, friends and family revered and loved Tizon. An introverted man, he was known to be a “deep listener” and could turn the smallest, simplest stories into an insightful reflection on humanity.

Lori Matsukawa, a KING 5 news anchor in Seattle, said, “Alex was gracious and kind…but as a reporter he was like a dog with a bone.”

He was survived by his wife, Melissa Quiason, two daughters, Maya and Dylan, and eight siblings.

“My Family’s Slave” was six years in the making, something he struggled with, according to his wife. After his death, she and his siblings assisted in its publishing. Quiason said, “This was his ultimate story.” Niña V. Guno/JB