Poe gives Abaya chance to air side on MRT-3 mess 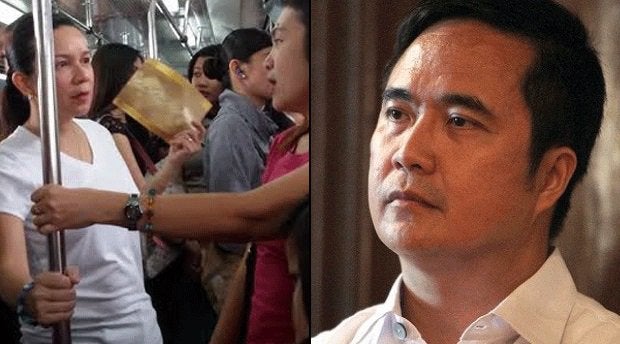 MANILA — Sen. Grace Poe has called a special hearing on Monday to allow former Transportation Secretary Jun Abaya to air his side on the efficiency mess at the Metro Rail Transit-3 (MRT-3), which continues to this day.

Poe told a radio program that Abaya has confirmed his appearance at Monday’s (May 15) hearing by the Senate committee on public services which she chairs.

The committee is looking into Senate resolution no. 355 which seeks to inquire about the reported inefficient management and maintenance of the MRT 3 following increasing number of train malfunctions there. The inquiry will also include examining the newly delivered trains from Dalian, China following allegations these would be unusable until 2018.

Abaya was the Secretary of the then Department of Transportation and Communications during the presidency of Benigno Aquino III when his office negotiated for the Chinese-made trains bought for P3.8 billion. But it was found later that the parts of the trains were incomplete because some parts still had to be purchased in South Korea.

Poe said that she had set the hearing originally on May 18 but Abaya had sent word that he was leaving on May 16 for a trip abroad with his family.

And that was why her committee informed Abaya that they would hold the hearing on May 15 (Monday) instead.

“This was to ensure that we will be able to hear his points because he is the key here and so, we will hold a hearing (on Monday) to get his statements,” she said of Abaya.

While Abaya has confirmed his attendance to the hearing, Poe said she would resort to issuing a subpoena to compel him to appear should he fail to do so.

“But I am appealing to him (to attend) because this will be a chance for him to defend himself if it’s true he had no shortcomings here,” Poe added.

Poe said she would call another hearing on Thursday this time with the now Department of Transporation Secretary Arthur Tugade so they could compare the statements made by Abaya.

Asked whether former President Aquino had any responsibility for the MRT 3 mess, Poe said if ever, the previous president was not sensitive enough to the calls made by the people against Abaya.  She agreed with assessments that his office made incompetent decisions during his watch at the DOTC, now simply called the Department of Transportation.  SFM