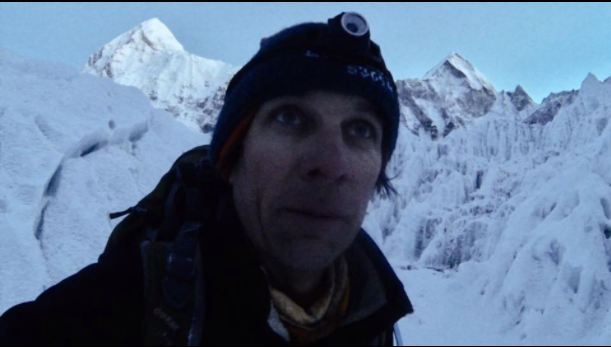 Most of us may have dreams of conquering Mt. Everest someday, but the reality is, only a select few can legally do so.

However, Ryan Sean Davy may have not gotten the memo, as he was arrested by authorities in Nepal after attempting to climb the towering mountain without a permit.

According to The Telegraph, the South African man had already ascended over 20,000 feet before he was spotted by a government liason officer at Everest’s Base Camp.

“I saw him alone near base camp so I approached him and he ran away,” Gyanendra Shresth, the officer at the scene, was quoted as saying in the report.

“I followed him with my friend and found him hiding in a cave nearby. He had set up camp in an isolated place to avoid government officials,” he added.

Due to the dangers of climbing the world’s highest mountain, Nepal’s Department of Tourism implements strict measures for travelers. The board also charges foreign climbers £8,500 (almost P550,000) for the permit.

For trying the dodge the hefty fee, Davy now faces a penalty of £17,000 (over P1 million), the report said.

“This news is probably going to make a lot of people upset with me and I really hope you’ll all forgive me,” he wrote.

“When I arrived at Base Camp it became evident that I didn’t have nearly enough money for a solo permit because of hidden costs and even if I did they would have declined it because I had no previous mountaineering experience on record.”

He added: “I was ashamed that I couldn’t afford the permit after all the help, preparation and what everybody had done for me during my training, it would have been a total embarrassment to turn around and accept defeat because of a piece of paper.”

“So I took a chance and spent the little money I had on more gear to climb and practice on the surrounding peaks for acclimatizing in preparing for a stealth entry onto Everest,” he said.

As of this writing, Davy’s passport has been confiscated and he is currently en route to Kathmandu for further investigation.  Khristian Ibarrola /ra