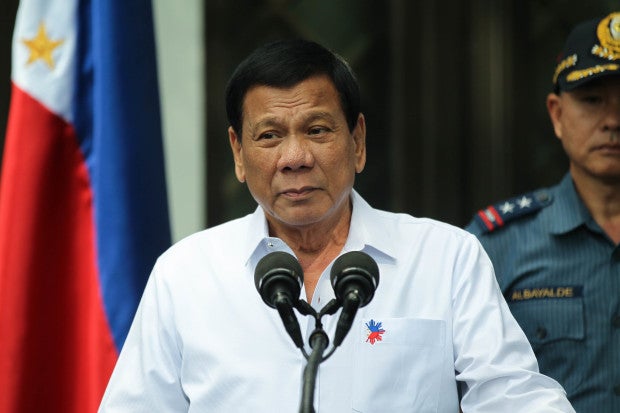 President Duterte will be in Cambodia, Hong Kong and Beijing from May 10 to 15 to participate in international events that will discuss pressing economic issues in the region and possible developments with the country’s bilateral partners, an official of the Department of Foreign Affairs (DFA) said.

DFA acting spokesperson Robespierre Bolivar told a press briefing on Monday that the President would first go to Cambodia on May 10 and 11 for the World Economic Forum (WEF) on the Association of Southeast Asian Nations (Asean) 2017.

Bolivar said Mr. Duterte, as chair of the Asean this year, would participate as an honored guest of the WEF alongside Vietnam Prime Minister Nguyen Xuan Phuc, who is currently chair of the Asia-Pacific Economic Cooperation.

He said the President would discuss the Asean’s achievements and challenges, following the event’s theme for this year: “Youth, Technology and Growth: Securing Asean’s Digital and Demographic Dividends.”

Mr. Duterte will also be addressing international investors attending the event regarding his economic plan, he said.

“As the focus of the WEF later this week is the Asean, the President is likely to inform the participants of the progress made in the building of the Asean Economic Community,” Bolivar said, citing gains from the recently concluded 30th Asean summit.

From May 11 to 13, Mr. Duterte will go to Hong Kong where he will be spending his time with the Filipino community based in the special administrative region.

There are around 210,000 Filipinos in Hong Kong, mostly working as household workers or in the hotel and restaurant industry, Bolivar said.

The President would then cap his weeklong trip in Beijing to attend China’s Belt and Road Forum for International Cooperation on May 14 and 15.

When asked if the territorial dispute on the South China Sea would be brought up in possible bilateral meetings with China, Bolivar said the talks would most likely be limited to economic concerns.

“Since this is primarily an economic forum, so we would expect that if such a meeting would take place, the President will probably be discussing economic cooperation with China,” he said.