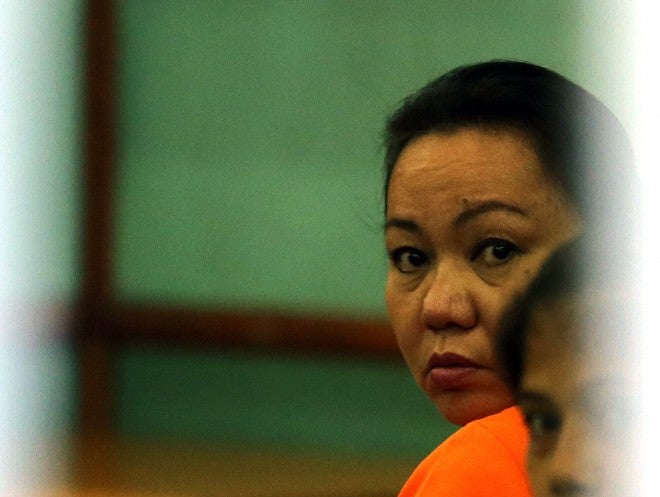 MANILA — Businesswoman Janet Lim Napoles, who has long been the face of the  previous Aquino administration’s anti-corruption drive, would turn state witness after the Court of Appeals acquitted her in the illegal detention case filed by pork barrel scam whistleblower Benhur Luy, one of her lawyers said on Monday.

In a mobile phone interview, Stephen David said he has not spoken with his client, who has been detained at the Correctional Institute for Women in Mandaluyong City after a Makati City Regional Trial Court handed out her conviction for serious illegal detention in 2015.

He said they would also seek the house arrest of Napoles, the suspected brains of the P10-billion pork barrel racket, “if she would be made state witness.”

“First of all, I’m very happy that finally, the truth has triumphed. We knew then that there was no truth to (Luy’s) claim of illegal detention,” David said.

“If she would be allowed to be a state witness, she should be protected,” he added.

He expressed confidence that the decision of the appeals court’s 12th Division would eventually lead to the dismissal of the string of plunder and graft cases against Napoles in the Sandiganbayan.

He, however, admitted that Napoles, still faced with the non-bailable charge of plunder, could not step out free from detention at this time.

“But she will be transferred to another detention,” David said.

In a 34-page ruling promulgated on May 5, the appeals court said Napoles should be acquitted “based on reasonable doubt.”  SFM/rga