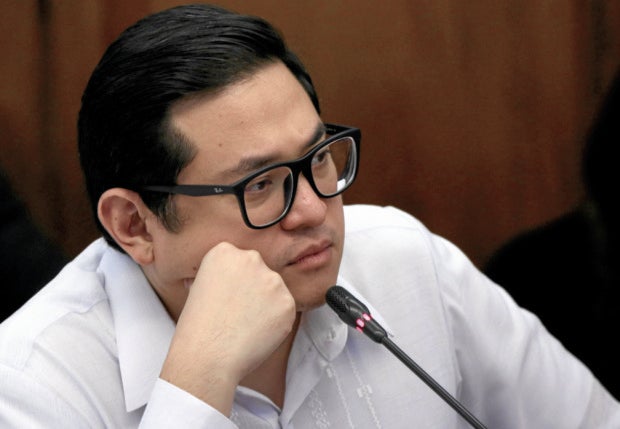 There seems to be no escaping a future where robots and artificial intelligence (AI) get to perform more and more jobs, as sci-fi films warn.

But Sen. Bam Aquino is not too excited about reaching such technotopia, as he raised concerns about AI completely doing away with human intelligence and leaving thousands of Filipino workers jobless.

Aquino, who chairs the Senate committee on science and technology, filed a resolution on Friday seeking an inquiry into the government’s preparedness to address the negative effect of AI on the country’s workforce.

The Department of Science and Technology (DOST) has been tapped to develop an AI program in the Philippines to optimize mass production, particularly in the country’s manufacturing sector.

Artificial intelligence is defined as the capability of machines to imitate human cognitive functions in doing simple to complex tasks.

It is the intelligence of machines which has the capability of perceiving its environment and taking the necessary actions to a given situation and carrying out a positive outcome.

The use of AI technology is wide-ranging, from medical diagnosis, stock trading, robot control, law, remote sensing, scientific discovery and toy making, according to the DOST.

Emerging technology
The senator noted that AI is among emerging technologies in the Philippine Development Plan 2017-2022, with the government engaging in more collaborative research and development activities and investing in infrastructure buildup.

Aquino’s Senate Resolution No. 344 seeks to look into the government’s plan and initiatives to maximize the development of AI and other emerging technologies.

“We want to know how developments in AI will affect jobs in the country and what government plans are to address possible negative impact on current and future employment for Filipinos,” he said.

The senator cited reports on the increased use and capacity of chatbots and the introduction of other systems, which are capable of referring queries to human operators and sometimes adaptive responses.

“These systems use AI and are capable of performing the tasks of human employees, putting their employment in peril,” Aquino said.

He cited a working paper issued by the International Labor Organization stating that 49 percent of Philippine employment risks automation in a matter of decades.

“This early, we should be preparing for any eventuality that may occur when automation goes into full swing,” Aquino said.