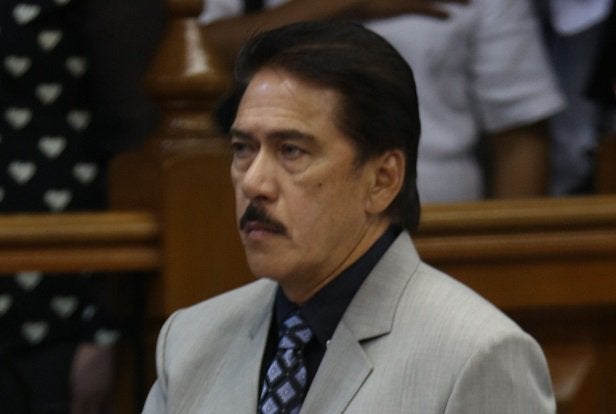 Things turned ugly at the Commission on Appointments hearing on Wednesday when Social Welfare Secretary Judy Taguiwalo became the subject of a comedy sketch, drawing the ire of rights advocates, particularly the Commission on Human Rights (CHR) and party-list lawmakers.

The CHR condemned what Sotto called a “joke” about single mothers as sexist and discriminatory for portraying women as “mere objects of pleasure who end up getting pregnant.”

“It is deplorable that such a comment came from an elected senator and that it elicited laughter from the halls of the Congress. The incident shows how those charged by law to protect women from discrimination often forget and unwittingly become promoters of discrimination themselves,” the rights watchdog said.

The CHR acknowledged that members of the CA can scrutinize presidential appointees but “Sotto, as a member of the CA, has no right to make Secretary Judy Taguiwalo the butt of his sexist joke for being a solo parent.”

“In doing so, even in jest, the senator discriminates and insults not only Secretary Judy but all women,” the CHR said. “Such comment contributes to the stigma and prejudice that solo parents face, including those faced by children born of single parents.”

The CHR also refused to accept Sotto’s apology since he tried to pass off his comment as a joke—what he said was what the status of a single mom is called in street language.

“We reiterate what we have pointed out before that the usual excuse of humor at the expense of women’s dignity is simply unacceptable,” the CHR said.

Sotto’s unwarranted remark simply highlighted the pervasive “male-dominated culture” in society, according to two Makabayan bloc members in the House of Representatives.

“Even here at the House of Representatives, there is so much chauvinism, misogyny, and sexism. That they (congressmen) displayed publicly such behavior really made me embarrassed as a member of this institution,” ACT Teachers  Rep. Antonio Tinio said at a press conference.

“We still have a long way to go in terms of the condemnation of such behavior. It’s still going to be a big fight in exposing, pointing out and changing this kind of culture. In other words, the male-dominated culture remains very strong even if relatively there are already many women in leadership positions,” Tinio said.

Anakpawis Rep. Ariel Casilao said it was not only Sotto who has shown “biases and misconceptions, and inappropriate regard for women.”

“The efforts to change this continues and it is not only limited to Gabriela (Women’s party-list group). The objective to lessen and eventually eliminate this kind of perception of women should even be led by public officials,” Casilao said.

The Philippine Commission on Women (PCW), in a statement, said it was gravely concerned about Taguiwalo being questioned about having children but no husband, especially since the focus should have been on her qualifications to lead the department.

“We find that particular incident, especially the manner by which it was brought up during an official government function, as uncalled for and in bad taste. While the senator reportedly told [the] media later that it was meant as a joke and he was sorry if some people were offended, the incident already happened and it was a mockery of a woman’s circumstance as a solo parent as [the]  status has nothing to do with her professional qualifications, which should have been the focus of the CA,” it said.

“We call on everyone to focus on the strengths of solo parents, most of whom are women; making both the work environment and the communities where they live more compassionate and enabling for them to rear their children well,” Bucoy said.

“This would be most helpful instead of condemning them and focusing on the reasons and more often, false generalizations on why they became solo parents,” she added.

In backing Taguiwalo’s confirmation, the PCW said “her academic qualifications as a University of the Philippines professor, social worker and development expert makes her highly qualified to head the social welfare and development agency.”