Sotto on Taguiwalo remarks: If I'm a bad person, then I apologize | Inquirer News

Sotto on Taguiwalo remarks: If I’m a bad person, then I apologize 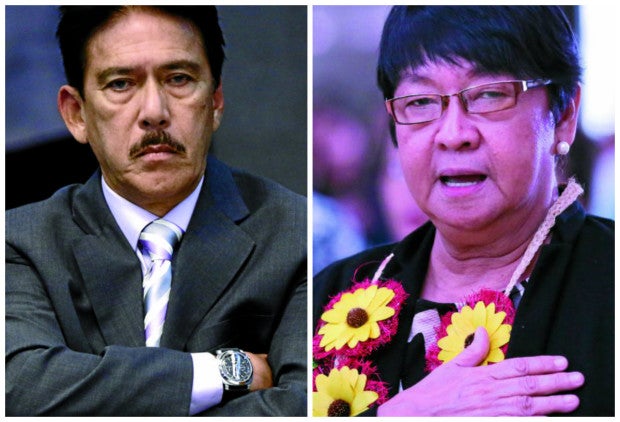 Sotto was reacting to criticisms that he received from netizens after his remark on Social Welfare Secretary Judy Taguiwalo’s personal life during the latter’s confirmation hearing at the Commission on Appointments’ committee on labor, employment and social welfare.

During the hearing, the senator noted that Taguiwalo’s personal information showed that she is single but with two children.

“Just on the lighter side, Senator Drilon and I were looking at the personal information about you and you have two children, daughters ba or sons? But you’re single?” he said.

Taguiwalo explained that her life had never been normal, noting that from 1972 up to 1986, she had been underground or in prison.

“In the street language, when you have children and you are single, ang tawag lang ay na-‘ano’ lang…” Sotto said as he assured that the nominee had his full support.

“Senator Sotto, I teach women’s studies in UP so we respect all kinds of families, and that includes solo parents,” Taguiwalo said.

Sotto later told reporters that his remark was said in jest, noting how he used the words “on the lighter side” before asking Taguiwalo about her personal life.

Besides, he said, any nominee could be asked any questions under the sun when being scrutinized by the CA.

“I will be the last person in this country to disrespect a woman because my mother was one of the founders of the women’s rights movement and president emerita of the Kababaihang Rizalista,” the senator said in an interview.

“I have two daughters who are separated, who are single and have children. So I don’t think there should be any big fuss about it,” he added. JE