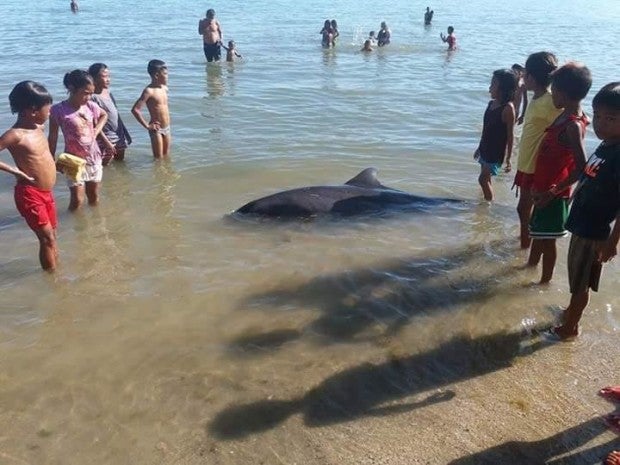 Children look at the dead dolphin found Tuesday morning off the shores
of Dimasalang town in Masbate province. (Photo from the PNP
Dimasalang Facebook page)

The Dimasalang police received a call around 5:30 a.m. from an employee of the town’s local government unit regarding the two-meter long dead dolphin that was found in Barangay (village) Canomay by Junal Alvarez, a resident in the village.

Municipal agriculturist Irish Cabrera and police recovered the dead dolphin to collect information on its age, sex and variety of the species. The town officers have already coordinated with the Bureau of Fisheries and Aquatic Resources (BFAR) Masbate to submit information on the recovery of the dolphin.  SFM