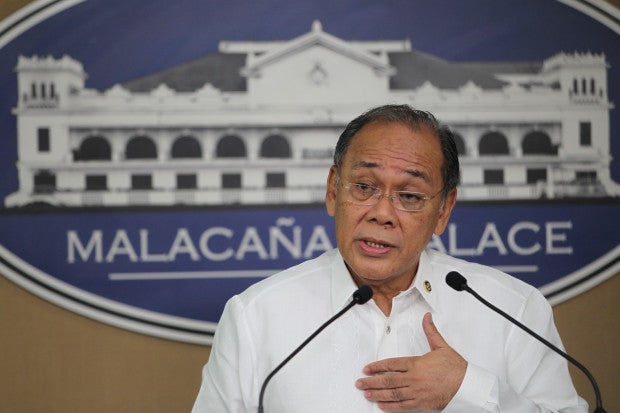 Malacañang on Wednesday welcomed the drop in the number of Filipinos who experienced involuntary hunger during the first quarter of 2017.

A Social Weather Stations (SWS) survey conducted from March 25 to 28, showed that 11.9 percent or an estimated 2.7 Filipinos experienced involuntary hunger during the First Quarter of 2017. The result was 2 percentage points lower from the 13.9 percent during the Last Quarter of 2016.

SWS said the measure of hunger refers to involuntary suffering because the respondents answered a survey question that specifies hunger due to lack of food to eat.

Abella cited the government’s “immediate pro-poor and inclusive efforts” such as conditional cash transfer to the poorest of the poor, higher pension for seniors, free medicine for indigents, added incentive and combat duty pay for police and soldiers, gratuity pay to job order and contract workers in the government and regularization of tens of thousands of employees.”

“The government’s long-term goal, however, is to improve the lives of Filipinos across sectors, through effective delivery of goods and services, like increased spending in infrastructure projects and the promotion of easy access microfinancing system,” he said. IDL