Ex-Iloilo mayor gets at least 18 years for falsification 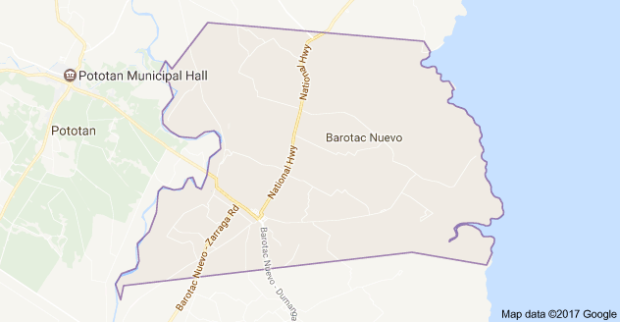 MANILA — The Sandiganbayan has convicted the former mayor of Barotac Nuevo, Iloilo, and two others for falsifying the documents for a “mini-market” even as it had yet to materialize in 2000 and 2001.

Former Mayor Pedro Hautea and municipal engineer Norman Lustria each drew prison terms of 18 to 24 years after the court’s Fourth Division found them guilty of three counts of falsification of public documents. The two were also ordered to pay a P15,000 fine and were perpetually banned from public office.

Then Barangay Tinorian chairman Manuel Siaotong was likewise sentenced to six to eight years’ imprisonment and ordered to pay a P5,000 fine for one count of falsification. Like Hautea and Lustria, he was also banned from public office.

In its recently released 42-page decision, the court cited the accused officials’ own admissions that the Tinorian mini-market was only finished in early 2002, despite having certified its completion in December 2000 and January 2001. The admissions bolstered the testimonies of the prosecution witnesses.

Prosecutors accused Hautea and Lustria of falsifying the project status report in December 2000 because it stated the market was 100 percent complete even as it was “not then existing.”

In January 2001, they allegedly faked the time book and payroll to pay for labor in the amount of P20,780; prosecutors said no work was actually done. On the same month, the two, along with Siaotong, allegedly falsely certified that the market was completed and turned over to Barangay Tinorian.

Court records showed that when state auditors inspected the site on October 2001 and January 2002, the structure was only partially finished. The investigation was prompted by a complaint from then-councilor Belbin Biñas, who gathered the signatures of local residents to attest to the fact that the market was not completed.

Hautea tried to pin the blame on Lustria, saying he only relied on the latter’s representations. Lustria, on the other hand, claimed the mayor put him on floating status, brought in other men to work on the project, and threatened him into signing the documents. Meanwhile, Siaotong disowned his signature.

The court, however, was not moved. “They cannot escape liability by simply denying involvement… because by nature of their respective duties and functions, they are supposed to monitor and are expected to know the real status of the projects of the municipality,” the decision read.