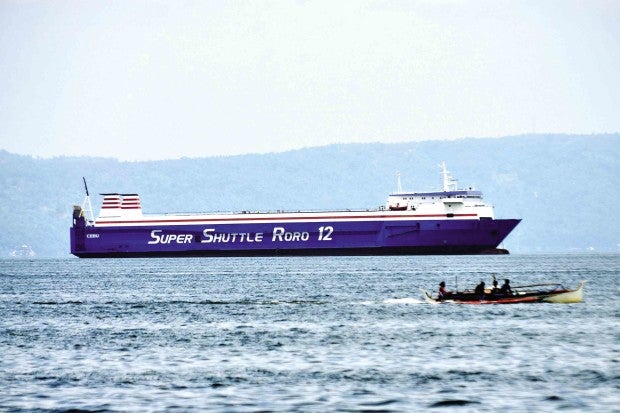 The Philippine government is now in talks to link Palawan province with Malaysia—possibly Sabah in Borneo—via ferry connections, according to Transportation Secretary Arthur Tugade.

This comes as the country is poised to launch tomorrow a roll-on, roll-off (Ro-Ro) ferry service between the cities of Davao and General Santos in Mindanao, and Bitung City in Indonesia, which is seen to spur trade between the two regional partners.

Speaking at a press briefing during the 30th Association of Southeast Asian Nations (Asean) summit in Manila on Thursday, Tugade announced that he had initiated discussions with his Malaysian counterpart for the possible sea route.

He said the idea was to replicate the arrangement with Indonesia for the Davao-General Santos-Bitung route, which would be serviced by a Ro-Ro vessel.

“Because we have started this, I have initiated, or rather, we had initial talks with the Malaysian minister for transportation to replicate the same, from Palawan to a point in Malaysia, perhaps Sabah or wherever,” Tugade told reporters.

In Mindanao, businessmen believed the new ferry service to Indonesia would significantly save them time and cost in shipping their products and further boost trade within the East Asian Growth Area (EAGA).

The route, which will be serviced weekly by M/V Super Shuttle Ro-Ro 12, is expected to shorten travel time from Davao to the largest city of Indonesia’s North Sulawesi province to one and a half days, excluding port stay.

The trip that runs from Manila to the Indonesian capital of Jakarta and on to Bitung takes three to five weeks.

Among the Mindanao products that will be shipped to Indonesia using the new shipping route are animal feed, fertilizer, construction materials, ice cream products, poultry (halal) and fresh fruits. 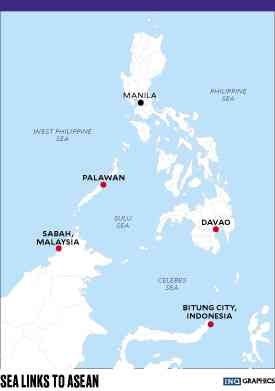 Abul Khayr Alonto, Mindanao Development Authority chair, said this route would be crucial in strengthening trade relations between Brunei, Indonesia, Malaysia and the Philippines, the countries comprising the BIMP-EAGA, as “it [supported] the achievement of other goals of the subregion’s pillars like agribusiness, tourism, sociocultural (ties) and education.”
Tugade said the possible sea linkage with Malaysia was broached during a bilateral talk with Liow Tiong Lai in Langkawi a month ago.

“There was this initial conversation, and we agreed to have our technical working group to study that connection [and] where it will be in Malaysia and where exactly it will be in Palawan,” he said.

According to Tugade, among the matters to be discussed include the volume of cargo and the number of people that can be moved from one city to the next.

The Philippine Coast Guard (PCG) said it was ready to secure the Ro-Ro service amid concerns on sea piracy.

Cmdr. Armand Balilo, PCG spokesperson, said their counterparts in Indonesia were also beefing up security preparations to ensure that the service, seen as a step toward regional integration, would run smoothly.

Among plans being considered are the installation of sea marshals, harbor patrols and monitoring.

“Our men will always be visible and should be able to respond quickly with their boats in order to repel attempts,” Balilo said.

Tugade said Malaysia had also indicated a desire to build a metro rail transit project from the University of the Philippines campus in Diliman, Quezon City, to Quiapo in Manila.

“What does this tell you? It tells you our Asean neighbors are really very keen and interested in the developments that are ongoing within the country,” he said.

“On top of this, needless to say, our two major trading partners, which are China and Japan, are aggressively pushing for participation not only in [developing] rails and roads, but also airports. You will see that internationally, there’s a lot of interest here,” Tugade said. —WITH A REPORT FROM JULIE M. AURELIO