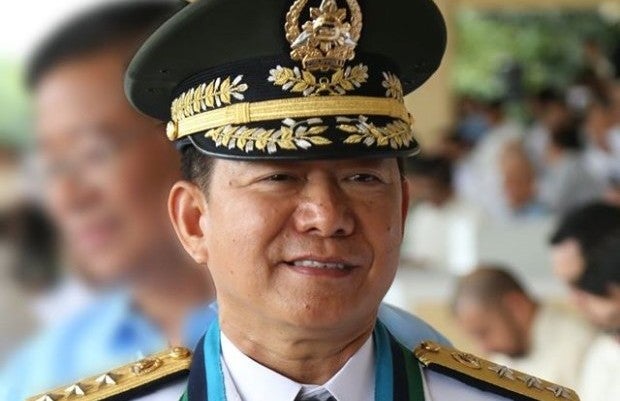 Gen. Eduardo Año, AFP chief. (Photo from the Facebook page of the AFP)

The highest ranking official of the armed forces sought to correct what he said were wrong impressions that the military was targeting Muslim converts in its offensive against terror groups, saying government soldiers respect “freedom of religion.”

He said he saw nothing wrong with Christians or Catholics converting to Islam but the military was keeping a close watch on radicals among them.

“There is nothing wrong with Muslim converts as we have freedom of religion,”  Año said.

“What we are looking at are those associated with the Maute Group [and the Abu Sayyaf] as converts,” he said.

He said “those who had become radicalized” were considered threats.

He said there were soldiers who had converted to Islam but they did not present any problems for the military.

The AFP chief made the comment after journalists asked him if the military would investigate the links of conversion to Islam with the emergence of terrorist groups after one convert, Joselito Milloria, had been identified as the Abu Sayyaf member who acted as a guide for members of the terror group during their incursion into Bohol province.

The Abu Sayyaf members were found in the Bohol town of Inabanga supposedly to conduct kidnappings in the province, a known tourist destination.

A series of clashes between soldiers and Abu Sayyaf members erupted in Inabanga, killing several members of the terror group.

Four terrorists were killed in Inabanga on April 11 and four more, including Milloria, were killed on April 22.