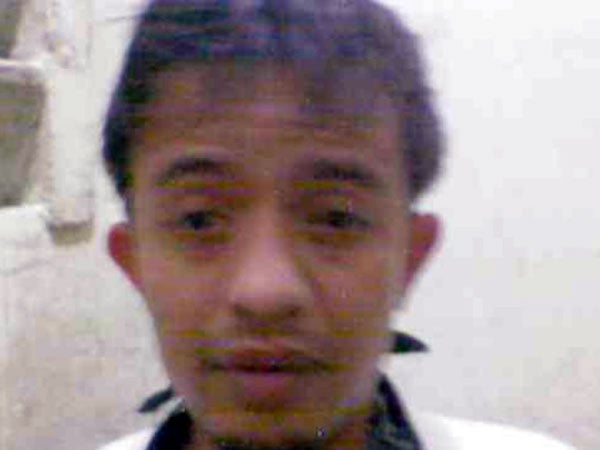 On the tenth year of the abduction of farmer-activist Jonas Burgos, his family and supporters continue to press the military, particularly Armed Forces of the Philippines Chief of Staff Gen. Eduardo Año, to come clean about his fate.

Burgos’ mother Edita, his wife and siblings will lead special Masses and rallies around the country on Friday to mark his disappearance a decade ago.

Edita said 11 ecumenical Masses would be held, including one at the Commission on Human Rights (CHR), which said the military was responsible for his abduction.

Protest rallies will also be staged at military camps, including Camp Aguinaldo and the Armed Forces of the Philippines Headquarters, against Año, who was implicated in the 2007 abduction as the Army intelligence chief then.

“We have no false hopes here,” Burgos’ mother said on Thursday, referring to Año’s appointment to the top military post last December.

“I do not hope for anything to happen as long as the people involved are around. We just pray that they’ll be converted and soften their hearts,” she added.

“What kind of justice system do we have? It’s a vicious cycle. It’s very hard to go against the military institution even if they’re in the wrong,” he said.

“It’s hard not knowing what happened,” he added. “We want them to produce him in whatever state he’s in. We have no choice but to continue to hope.”

Burgos, a son of press freedom icon Jose Burgos, was snatched at Ever Gotesco mall in Quezon City on April 28, 2007. He was 37 at the time.

In 2011, a CHR investigation identified one of his abductors as Army 1st Lt. Harry Baliaga Jr. of the Army’s 56th Infantry Battalion under the 7th Infantry Division.

The Supreme Court upheld the CHR’s findings and ordered the military to produce the activist. The Court of Appeals in 2013 also held the military, particularly the Army, accountable for the abduction.

Based on the CHR’s findings, Burgos’ mother filed a criminal case against Baliaga, Año and other officers in 2011.

The Department of Justice eventually charged Baliaga in the Quezon City Regional Trial Court but cleared other military officials, including Año.

Burgos’ mother petitioned the Supreme Court in November 2014 to cite in contempt the military officials who had denied involvement in the abduction but did not act on the court’s order to produce her son. She said the petition has not been acted upon.

“Our plea is, all these should be acted on, otherwise the writ of amparo and writ of habeas corpus are useless,” she said. “Our conclusion is it’s a cover-up. If they will only cleanse their ranks of rogue elements, this will benefit the institution. But because they’re covering up, they foster impunity.”

Burgos’ brother said Baliaga’s trial for arbitrary detention is still ongoing. The prosecution has completed presenting witnesses and evidence, and the court will soon hear the defense.

“How many years will that take again? That’s how our justice system is—it takes decades,” he said.