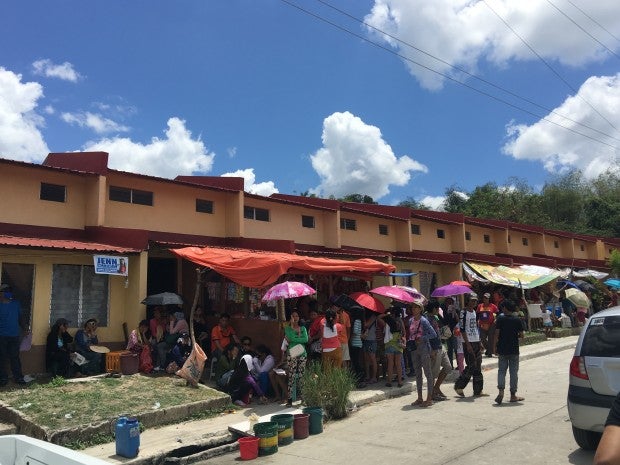 PANDI, Bulacan — It hurts to be called a land grabber, members of the urban poor group Kadamay, said on Tuesday.

Senator Joseph Victor “JV” Ejercito, chair of the Senate committee on urban planning, housing, and resettlement, and his counterpart in the House of Representatives, Negros Occidental Representative Alfred Benitez, led the inspection of the government’s housing projects for military and police personnel in this province.

One of the women, Teresita Abiles, recalled an incident where they were heckled after learning they belong to the group.

Asked if they got in a fight for being called land grabbers, Francisco said: “Hindi naman away ang hanap namin e, bahay.”

Contrary to what other people think, Abiles said getting a home for their family did not come easy for them.

Abiles said they decided to occupy the government projects because their call for help to have an affordable house had been taking so long.

So they took it as an opportunity when Kadamay asked them if they wanted to occupy the Pandi housing units./ac