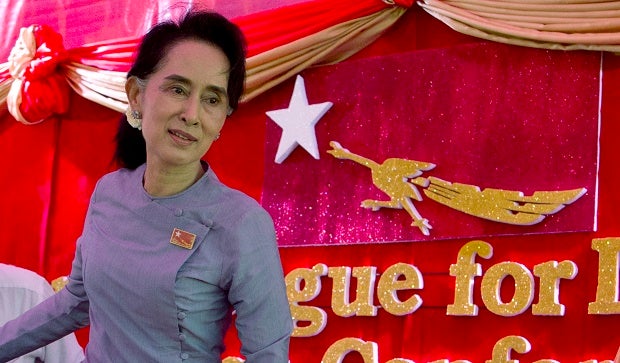 Burma (Myanmar) is sending Nobel Peace Prize winner and democracy icon Aung San Suu Kyi as head of its delegation to the summit of leaders of the 10-member Association of Southeast Asian Nations (Asean) in Manila this week.

President Duterte, nearly 10 months into his presidency, is playing host to the Asean heads of state and government.

The Asean summit comes to the Philippines at a time when the terrorist group Abu Sayyaf is trying to penetrate areas far from its strongholds in Basilan and Sulu provinces in the South.

Last week, the bandit group tried to seize hostages in Bohol province, in Central Visayas, where Asean meetings were held.

Combined military and police forces attacked the bandits, wiping them out and capturing associates who tried to help them.

Marciano Paynor Jr., director general of the Asean National Organizing Council, said on Monday that all Asean heads of state, except for the Burmese leader, had confirmed their attendance in the summit, which starts on Friday.

“Traditionally [the Burmese head of state] does not attend multilateral meetings. So they always assign somebody … . But they have designated Aung San Suu Kyi as head of the delegation,” Paynor told reporters.

This would also be an occasion for Mr. Duterte to hold bilateral meetings with other Asean leaders, Paynor said.

He said Laos, Cambodia and Vietnam had requested bilateral meetings between their leaders and Mr. Duterte.

The bilateral meetings will be on top of the meetings that Mr. Duterte have with Sultan Hassanal Bolkiah of Brunei and Indonesian President Joko Widodo, both of whom are making state visits to the Philippines during the Asean summit, Paynor said.

Asked if there were Asean states that had expressed concerns about security in the country, Paynor answered in the negative.

“They respect the decision of the host. They do not question,” he said.

He said Mr. Duterte had been preparing for the summit, receiving briefings on the issues to be discussed by the regional grouping.

Mr. Duterte will be given a final briefing on Tuesday night, Paynor added.

“One thing with the President, he absorbs very quickly. There are figuratively a hundred and one issues so no one is expected to have a mastery of all unless you are in these meetings every time so this is his first time, it’s expected that he does not know all the issues, but of the many issues, he has a fairly good grasp of these,” he said.