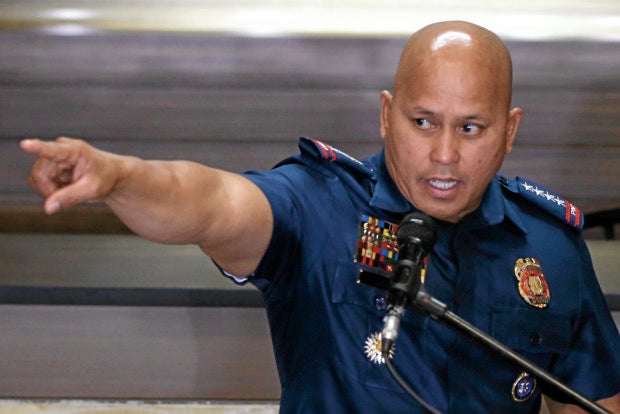 The 170,000-strong police force has been placed on the highest alert in preparation for the 30th Association of Southeast Asian Nations (Asean) summit this week in Manila to be attended by the leaders of the member nations.

A total of 40,877 personnel from 21 different government agencies—27,425 from the police—were mobilized for the security of the summit from April 26 to April 29.

“We are putting our best foot forward in this historic national event,” Dela Rosa said in a prepared statement he read during a press conference in Camp Crame.

“We have rehearsed and fine-tuned all our systems and procedures for this event, such that we have established a full back-up system that will address any unforeseen situation that may arise,” he said.

“We are not leaving anything to chance in our preparations and we have drawn contingencies for every foreseeable scenario,” Dela Rosa said.

The personnel to be deployed will provide security and assistance to the delegates from the 10 Asean-member nations, dialogue partners, observer states and their respective delegations.

The Asean security task force will be led by PNP Director Napoleon Taas.

Dela Rosa also sought understanding and cooperation from the public as the PNP will implement tighter security measures in some areas.

“While the PNP is in close coordination with other agencies to ensure the success of this event, the people’s cooperation would be most crucial,” he said. CBB/rga