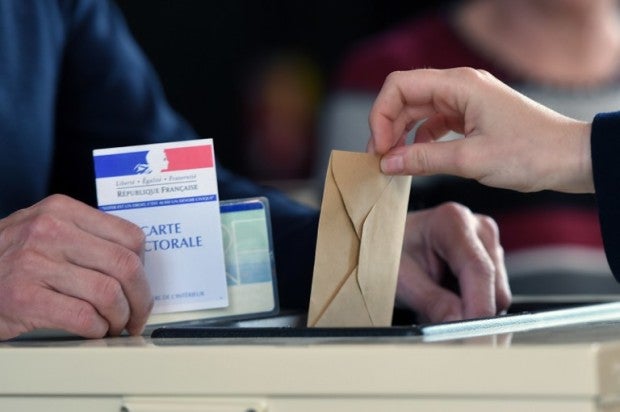 A person cast his ballot at a polling station in Strasbourg, northeastern France, on April 23, 2017, during the first round of the Presidential elections. / AFP PHOTO / Frederick FLORIN

France began voting Sunday in the first round of the most unpredictable presidential election in decades, with the outcome seen as crucial for the future of the beleaguered European Union.

Far-right leader Marine Le Pen and centrist Emmanuel Macron are the favorites to progress to a run-off on May 7 but polls have shown the race is so tight that four candidates have a strong chance of reaching the second round./rga