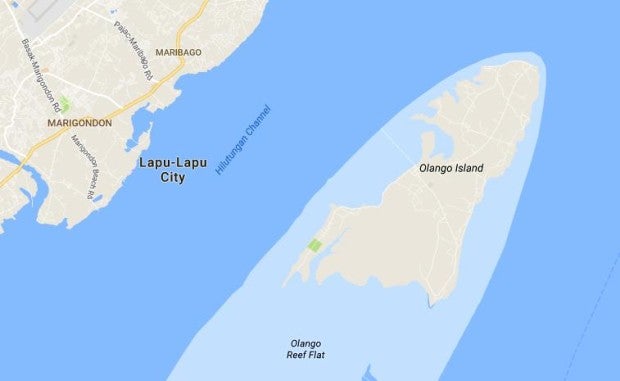 CEBU CITY — Government troops surrounded a coastal village on Olango Island, 6.4 km from Lapu-Lapu City on Mactan Island, after a resident claimed seeing two armed men in the area past 2 p.m. on Thursday.

When the police arrived in the area, they heard successive gunfire, apparently from long firearms at Sitio Bas Toral, Barangay San Vicente.

Police officers from various units, along with members of the 47th Infantry Brigade of the Philippine Army and the Philippine Navy started clearing operations in the area to verify whether or not bandits had entered the island.

Chief Insp. Miguel Andesa, chief of the Olango Police Station, neither confirmed nor denied the presence of armed men in the area.

“Everything is subject for confirmation as of now,” Andesa said in a telephone interview. “We are validating the claim of a woman regarding the presence of armed men. At the same time, we still have to confirm whether or not those bursts came from firearms.”

The Navy, he said, had cordoned off the area, parts of which has mangroves and coconut trees.

“It’s night. We have to be careful,” Andesa said. “The best we can do now is to surround the place so that in case there are really armed persons in the place, we can easily go after them.”

The clearing operations started around 4 p.m. As of 9 p.m., Andesa said they had not seen any armed men.

But he said: “The mangroves and coconuts are quite many. It’s a good place to hide.”

At 2:20 p.m., a woman, whose identity was withheld by the police, sought their assistance after she allegedly saw two men whose faces were covered with cloth. She said they were carrying long firearms while walking along the shoreline of Barangay San Vicente.

The police then went to the place and heard at least six bursts of gunfire.

Many residents were alarmed, especially after reports that there were still at least eight remaining members of the Abu Sayyaf Group (ASG) who survived the gunfight with government troopers in Barangay Napo in Inabanga town, Bohol last April 11.

Six alleged members of the armed group, including their leader Muamar Askali, were killed in the firefight.