Bohol on full alert ahead of Asean delegates’ arrival 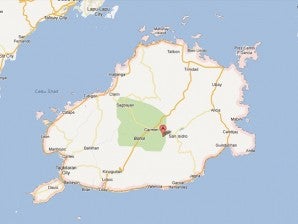 TAGBILARAN CITY, Bohol – It is all systems go for Bohol’s hosting for the Association of Southeast Asian Nations (Asean) Summit meetings from April 18 to 22.

The province of Bohol has gone on full alert status and set in motion security measures as about 200 ranking delegates from member-countries of the Asean begin to arrive in Bohol on Wednesday for a series of trade meetings.

Some 4,000 police, military and other law enforcement units had been tapped to secure the Asean meetings in Bohol.

Chief Supt. Noli Taliño, Police Regional Office in Central Visayas (PRO-7) director, on Monday said that police can tightly secure the perimeter of Hennan Resort in Tawala, Panglao where the meetings will be held as it is an enclosed area.

“We are implementing tight security in the venues. We also have security personnel deployed covering the delegates’ route from the port and airport to their hotels,” said Bohol Gov. Edgar Chatto on Tuesday during the provincial peace and order council (PPOC) meeting on Tuesday.

Col. Adolfo Espuelas Jr. of the Armed Forces of the Philippines said the Asean Summit delegates have no reason to fear for their safety since the tension is now just confined in Inabanga, which is some 71 km from the capital Tagbilaran City and the adjoining Panglao Island.

“Apparently, the incident in Bohol didn’t affect the attitude of the Asean member countries,” said Undersecretary for Interior and Local Government Catalino Cuy who joined Chatto and PPOC members on Tuesday at the Governor’s Mansion here.

A send-off ceremony of forces and resources will be held on Wednesday at 8 a.m. at the Camp Francisco Dagohoy Headquarters to start of the deployment to their posts.

The trade leaders’ meeting will be held in Hennan Resort on Alona Beach in Panglao from April 18 to 24.

Visitors can still visit Alona Beach but they could not get inside the Hennan Resort unless they are part of the delegation.

The delegates will be serenaded by the Loboc Children’s Choir on April 20 at the South Palms Resort.

The delegates are expected to visit the tourist spots.

The National Telecommunication Commission (NTC) in Bohol has not received an advisory indicating that cellular signals will be shut down during the Asean trade meeting in the province which starts on Wednesday.

Engr. Dennis Rocamora, officer-in-charge of NTC Bohol, said the directive to shut down cell sites will be issued by the Philippine National Police (PNP) in Camp Crame should it be deemed necessary.

“So far, there is no order to implement signal jammers,” Rocamora said.

He said the PNP will then relay the order to the NTC headquarters in Manila which in turn will notify the agency’s Bohol field office, said Rocamora.