‘The poor are not lazy’: Kadamay asks for regular jobs | Inquirer News

‘The poor are not lazy’: Kadamay asks for regular jobs 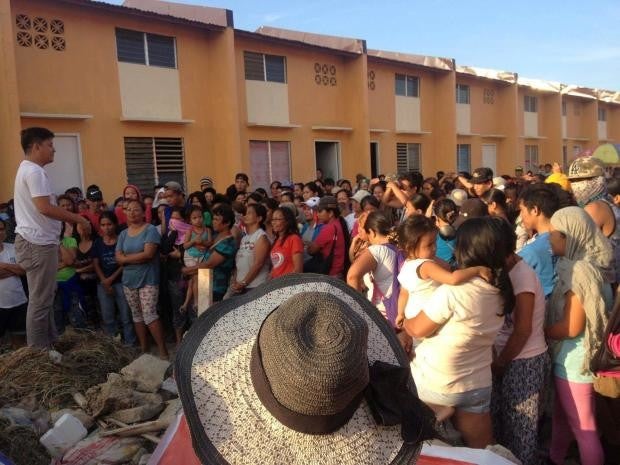 Kadamay members have occupied 5,918 units in idle housing projects and plans to expand the movement. (Photo courtesy of KADAMAY)

If they had a choice, members of the urban poor group Kadamay would not live in government  housing projects that looked like a dog’s shelter.

(What I am saying is if only we had a regular job and sufficient pay, we would not live in a far-flung area. We would just rent an apartment or a condominium unit if we had a decent job.)

After taking over the housing units, the group is now demanding a permanent and decent work for poor people like them.

(The poor are not lazy. We want jobs, decent jobs. It’s the government’s duty to create jobs; the fight of the poor is not over. Let us unite and fight.)

(That’s right. They really need to be given jobs. We are looking for jobs, but they have to be permanet and a dependable source of livelihood.)

(As long as we don’t have jobs, give us free shelter. Because where will we get the money to pay these houses?)

Ejercito explained that Kadamay should also pay for the houses so that the government would recover the money and would be able to build more housing projects.

And when he asked again if Kadamay members are willing to pay for the houses, Arellano changed her answer saying she could not make such promise.

(We cannot promise that because we need jobs. As I have mentioned, we need jobs that can sustain us.) IDL/rga