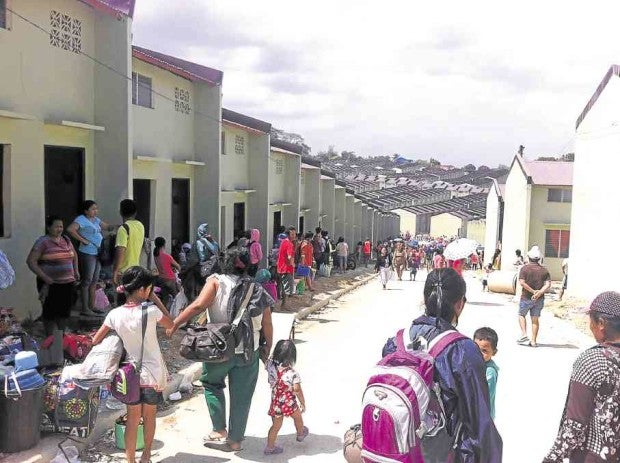 CITY OF MALOLOS—Families from Metro Manila and parts of Bulacan province have occupied 4,000 houses in five government housing projects in Pandi town and the City of San Jose del Monte, but the provincial government has not ordered them to leave pending a dialog today.

meant for displaced informal settlers from Metro Manila on Wednesday, claiming they were “tired of being neglected by the government.”

Policemen had been deployed to secure these areas but had not been ordered to clear the houses.

Joseph said she had been instructed by the NHA head office to talk to the settlers.

Gov. Wilhelmino Sy-Alvarado met with Joseph and the police to discuss how to resolve the crisis. He said the provincial government has a program for informal settlers but it must prioritize those living in Bulacan.

He said the provincial government intended to inspect the Pandi resettlement projects on Wednesday after urban poor families asked for its help.

Those who occupied the houses were not listed as beneficiaries of the NHA housing projects, said Felicisimo Lazarte, former NHA North and Central Luzon manager.

He said the beneficiaries were informal settlers who were removed from creeks in Metro Manila.

During the meeting, Joseph said many of the families who occupied the houses came from Taguig, Navotas and Malabon cities.

“In so many occasions, we held dialogs with them. We wanted homes for our families. We were willing to pay [for government housing which] we could afford, yet, we were always told that there were no vacant houses. But based on our inspection, all these houses were unoccupied,” she said.