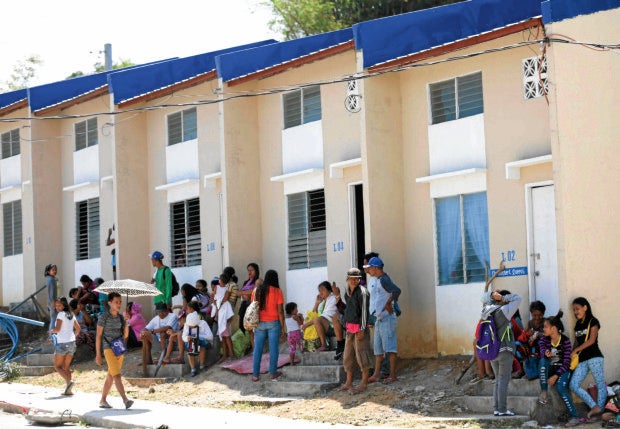 The National Housing Authority (NHA) is giving the military and police personnel until June 15 this year to occupy government housing units awarded to them, or else, the projects will be given to other qualified beneficiaries such as public school teachers and informal settlers.

NHA General Manager Marcelino Escalada Jr. said he has given the housing boards of the Armed Forces of Philippines (AFP) and the Philippine National Police (PNP) until May 30, subject to the extension of up to June 15, to submit a master list of those  still interested to occupy the housing units provided to them by the government.

“We have given enough time to the AFP and the PNP boards to finally come up with a master list that whether or not those awarded and allocated and still interested to occupy and sign a loan document,” he said during the hearing of the Senate committee on urban planning, housing, and resettlement on Tuesday.

“If not, after June 15, that will be our based figures in so far as the pronouncement of the President that we might as well give these to the qualified beneficiaries as a result of this hearing and finally come up with a much better and improved design for the AFP and PNP.”

“The date is June 15. I have set that as a deadline so that NHA can move on,” Escalada added.

The NHA chief earlier said out of the 66,184 housing units for the military and the police nationwide, only 8,240 were occupied while 55,124 remained unoccupied.

Escalada said it would be “social injustice” that there are those who are homeless when there are thousands of idle government housing units.

But if the military and the police are no longer interested, he said the NHA would ask Congress to give them a legislative authority to re-award the housing units to other qualified beneficiaries.

And as soon as the NHA is granted legislative authority by Congress, Escalada said he would propose to give the housing units to qualified public school teachers, LGU employees, barangay officials and functionaries and informal settlers. JE/rga