US ‘disturbed’ by reports of Chechnya crackdown on gays 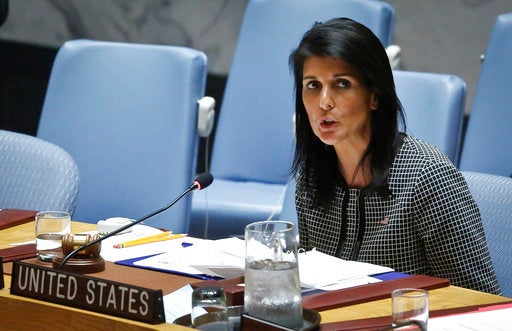 WASHINGTON—The United States voiced concern Monday over reported persecution of gay men, including torture and murder, by authorities in Chechnya, urging officials in the Russian region long-troubled by unrest to investigate.

“We continue to be disturbed by reports of kidnapping, torture, and murder of people in Chechnya based on their sexual orientation,” US ambassador to the United Nations Nikki Haley said in a statement.

“If true, this violation of human rights cannot be ignored,” she added.

Haley, a member of US President Donald Trump’s inner circle, said “we are against all forms of discrimination, including against people based on sexual orientation,” adding that such abuse can lead to destabilization and conflict.

Lawmakers from both sides of the US political aisle also spoke out against the apparent crackdown.

Cardin, the top Democrat on the powerful Senate Foreign Relations Committee, pointed to reports by the Novaya Gazeta newspaper “that hundreds of LGBT persons, particularly gay men, have been detained and tortured, and at least three individuals killed, by Chechen security forces.”

“But in the Russian Federation, the buck stops with President Vladimir Putin — who must immediately signal that any violence against individuals on account of their sexual orientation or gender identity is unacceptable.”

“Chechnya officials are kidnapping and torturing gay men. I condemn this gross violation of #HumanRights,” Tillis said on Twitter.

Chechnya was the scene of two separatist wars in the 1990s and early 2000s, but the region has been largely pacified under Kadyrov’s iron-fisted rule.