Ramona Bautista on way to Turkey 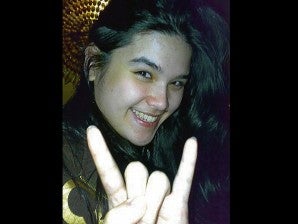 She seems to have run farther away from the arm of the law.

Senator Ramon “Bong” Revilla Jr. on Saturday said he believed his half-sister Ramona “Mara” Bautista might have joined her husband in Turkey in an attempt to evade investigators looking into the October 28 killing of her brother Ramgen Bautista (Ram Revilla in show biz).

The Philippines has no extradition treaty with Turkey.

Revilla apparently had this in mind when he called on Ramona’s mother, Genelyn Magsaysay, to cooperate with the investigators and ask her daughter to return to the Philippines, where police had tagged her as the mastermind of the killing.

The senator recalled that their father, former Senator Ramon Revilla Sr., was disappointed when Ramona got married at 19 to a Turkish national.

“She (Ramona) should face this. Her brother RJ (Ramon Joseph, another suspect) is in jail. With her departure, it is like telling everyone that the accusations are true,” Revilla Jr. said in live interview on a TV entertainment program Saturday afternoon.

“I’m consulting our lawyers. I will ask immigration to cancel her Philippine passport,” he said.

Later in a hastily called press conference last night, the senator asked the Department of Foreign Affairs “to exert legal and diplomatic efforts to bring Ramona back to the country and face our justice system.”

The senator also dismissed Genelyn Magsaysay’s posts on social networking sites, where she complained of unfair treatment of her children by Revilla Sr., as an attempt to distract investigators and muddle the ongoing probe.

“Let’s not change the topic,” the senator said, shaking his head at a question about Magsaysay’s claim that Revilla Sr.’s legitimate children were treating her children shabbily, especially when it came to money.

Revilla Jr. also reiterated his calls on the Philippine National Police (PNP) to uncover the “truth, regardless of who gets hurt.”

In a prepared statement, the senator admitted that his decision not to prevent investigators from taking his half-brother RJ for questioning earned him Magsaysay’s ire.

But he said he was standing by that decision and that the Revilla clan would welcome the PNP’s findings.

Also on Saturday, airport authorities have begun an investigation to determine the identity of the man seen escorting Ramona when she flew to Hong Kong on Friday night.

It could not be determined if she had a connecting flight from Hong Kong to another country. A staff member at the Cathay Pacific office at the Ninoy Aquino International Airport (Naia) Terminal 1 told the Philippine Daily Inquirer that no one was authorized to divulge the flight details of passengers.

But Maria Antonette Bucasas-Mangrobang, spokesperson of the Bureau of Immigration (BI), said that Ramona had indicated her destination as Istanbul, Turkey, and that she had “no return ticket.”

Ramona has issued another version of the October 28 murder of her brother Ramgen in an apparent effort to get herself out of the tight spot in which the eyewitness account of Ramgen’s girlfriend Janelle Manahan had put her.

She told her new story to ANC—basically disclaiming involvement in the murder—before fleeing to Hong Kong on Friday night. The TV news channel aired it Saturday.

She also reiterated her retraction of her earlier statement to Las Piñas police that her brother’s killers had abducted her and then dumped her near a mall in the city, saying she had wanted to “save herself” and was not in the “proper state of mind” on the night of October 28.

The Parañaque police’s Task Force Ramgen is awaiting the resolution of the inquest proceedings at the Prosecutor’s Office that will determine what course of action to take on the murder case.

Senior Superintendent Billy Beltran said he had no comment on Ramona’s flight. “[It] has no bearing on the investigation,” he said. “We will let the prosecutor decide on how to interpret that act.”

He also said that if the prosecution would see probable cause and grant warrants for the arrest of Ramona and three other suspects, the Parañaque police would have to seek help from her family and the national police to bring her home.

RJ, 18, a brother of Ramgen and Ramona who has been tagged by police as the mastermind of the murder, is in custody, as are alleged hitmen Michael Jay Altea and Roy Francis Tolisora.

Three other suspects—known only as Bryan, Norwin and Glaiza—are being hunted down, according to Beltran.

Ramona is herself included in the charge sheet.

Beltran said the police were not allowed to issue a hold-departure order on Ramona and directed the responsibility to the fiscal of Parañaque City and the Department of Justice.

He said police were considering filing additional charges against Ramona for her turnaround in her statements.

Beltran said other information had surfaced since RJ Bautista’s arrest and his sister’s inclusion in the charge sheet.

He said the ANC interview might be used in the case as it concerned Ramona’s retraction of her claim of abduction and her version of what happened on the night of October 28.

“It was on record. The public heard it,” he said.

Beltran said Ramona’s new claim of Ronaldo Ancajas, her late brother’s production assistant, as involved in the murder had actually been explored and dumped by police in the course of their investigation.

“She can say anything she wants. You can now see their line of defense with that [prerecorded message],” Beltran said.

“We have filed [our complaint] at the Prosecutor’s Office. Let them evaluate the evidence and testimonies pointing to Ramon Joseph Bautista and Ma. Ramona Bautista,” he said.

Torred challenged Ramona to put her new claim “under oath” for it to be valid.

“If her claim is true, that would pose more questions. Why did she not report it right away to [Senator Revilla] when she had the chance? Why did she say it just now when she had left?” Torred said.

He said Ancajas was considered a witness in the case.

Police said Ancajas had claimed seeing RJ and Ramona leaving the family residence on foot one after the other on the night of the murder.

Ancajas was not yet aware then that Ramgen Bautista was killed only minutes earlier, and assumed that the siblings were on their way to Baguio City to join other members of the family.

In a phone interview with the Inquirer, Revilla Jr. questioned his sister’s decision to leave for Hong Kong.

“If you’re not guilty, why would you leave?” he said in Filipino. “As they say, flight is an admission of guilt.”

Growing emotional, he later said: “If the laws of man cannot punish her, God will definitely punish her.”

Revilla Jr. told the Inquirer that he particularly wanted to know how Ramona managed to leave the country and where she was really planning to stay.

Asked if Hong Kong might have been a jump-off point to another destination, he said without elaborating: “I know that her husband is from Turkey.

“I want to know where she was really headed, how long she planned to be away, who facilitated her departure. There are a lot of questions that need to be answered,” he said.

Both Honrado and an immigration officer, who refused to be identified because she was not authorized to speak to the media, said Ramona could not have been prevented from leaving the country because no hold-departure order (HDO) or any court order had been issued against her.

“Airport and immigration authorities, although aware of the fact that she was being implicated in a crime, could not do anything to prevent her because she had no HDO and she was not in the watch list,” Honrado said.

He said he had ordered a review and the preservation of the closed-circuit television footage of Ramona’s departure to find out who had escorted her to her flight.

An initial check of the footage showed that Ramona appeared to have a companion only at the lobby of the departure area, Honrado told the Inquirer.

He added: “The CCTV footage showed Ramona walking alone toward the terminal’s restricted area, so I doubt if the one who was seen with her was a [member of the] Naia personnel.

“Naia personnel can enter the restricted area. Based on this assumption, if Ramona had an escort, this escort is not likely [one of the] personnel.”

A security officer at the airport said that on the CCTV footage, a man whom he described to be a bit plump, of medium height and wearing what appeared to be an office barong, was seen at the Cathay Pacific counter at 6:46 p.m.

The man later left the area and was next spotted at the initial X-ray machine area meeting Ramona at 6:51 p.m.

With the man holding Ramona’s passport and boarding pass, they walked together toward the direction of the Terminal Fee counter area, the security officer said.

The next footage showed Ramona by herself, passing through the final check at 7:29 p.m. From there, she walked toward the departure concourse en route to Gate 7, the security officer said.

It was not clear in the footage if Ramona’s escort was wearing an ID card or a stick-on airport access pass.

Senator Revilla maintained that the escort was not a member of his or his father’s staff. “Definitely that escort did not come from us,” he said.

TV footage showed Ramona covering her head and face with a red shawl. She apparently did not check in any luggage but was photographed hand-carrying three bags. With a report from Cathy Yamsuan