Are your homes, business establishments quake-proof? 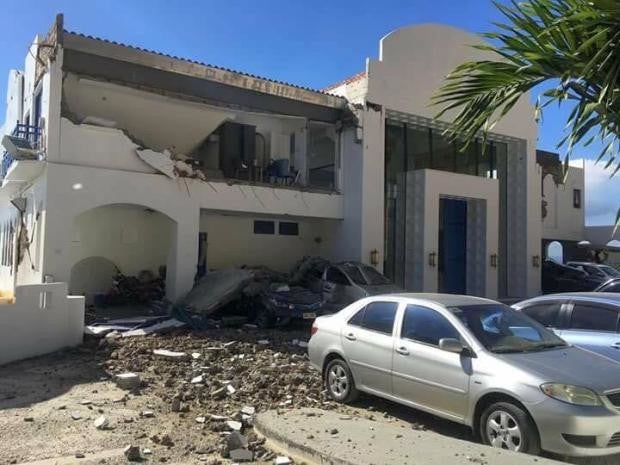 Quake damaged this building at the Camp Netanya Resort and Spa in Mabini, Batangas. (Photo from the resort’s Facebook page)

Following the successive earthquakes that struck different parts of the country these past few days, the public is reminded to become more vigilant.

“It’s in being prepared that we can ensure the safety of all tourists,” she added.

De Castro told the Philippine News Agency that the DOT continues to coordinate with the Philippine Institute of Volcanology and Seismology (Phivolcs) and National Disaster Risk Reduction and Management Council (NDRRMC) for advisories and safety measures.

“Earthquakes are still considered unpredictable so what we do at the DOT is to work closely with agencies like PHILVOCS and NDRRMC,” De Castro said.

She added that the agency follows Phivolcs’ and NDRRMC’s lead when earthquakes or any other form of disaster takes place, this is in the wake of earthquake swarms that rocked Batangas province on Saturday.

A 6.0-magnitude quake also struck the border of the provinces of Lanao del Sur and Bukidnon just last Wednesday.

Renato Solidum, director of Phivolcs, said that on average, the country experiences 20 temblors daily. As more quake measuring instruments are deployed, more quakes will naturally be recorded, he added.

At the same time, he belied posts circulating on social media that the recent quakes were an indication that the West Valley Fault would be next to move, generating a strong temblor.

The Phivolcs chief pointed out that because of the many fault systems crossing the country, it was statistically possible that at any given time, quakes would happen one after the other.

Studies show that it can generate a magnitude 7.2 quake which can leave more than 30,000 people dead and another 100,000 injured.

Phivolcs also urged the public to determine if their homes and work areas are safe by answering a 12-point questionnaire to assess the earthquake-readiness of their houses, which was based on the recommendation of the National Building Code and Structural Code of the Philippines.

According to Phivolcs, an “earthquake-resistant” house is a house that will not collapse even in the face of an intensity 9 earthquake.

The survey “How safe is your house?” is available in the Phivolcs website. IDL