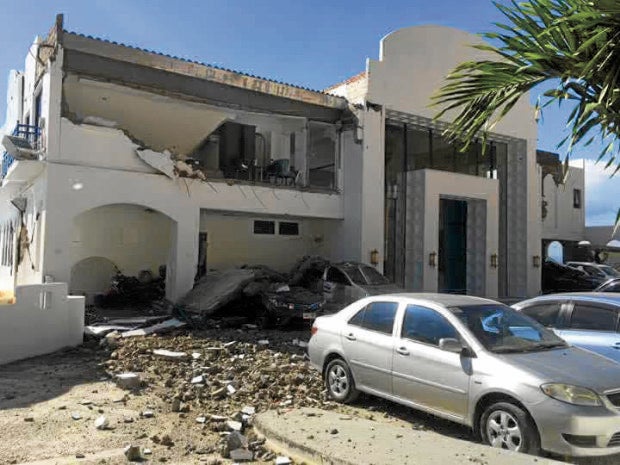 Three strong earthquakes rocked a coastal region near the Philippine capital within half an hour of each other on Saturday, sending people running out of buildings.

There were no immediate reports of damage or casualties from the quakes, the strongest of which hit the coast close to the town of Mabini, in Batangas province south of Manila.

The first 5.7-magnitude temblor struck inland at 3:08 p.m. followed by the 5.9-magnitude quake just a minute later, their epicenters within a few kilometers of each other, according to US geologists.

The 5-magnitude quake hit in the same region after another 20 minutes.

The Philippine Institute of Volcanology and Seismology (Phivolcs) later reported different readings, but putting the strongest temblor at a magnitude of 6.

The quake was followed by three weaker quakes with magnitudes 3.5 to 4.7. 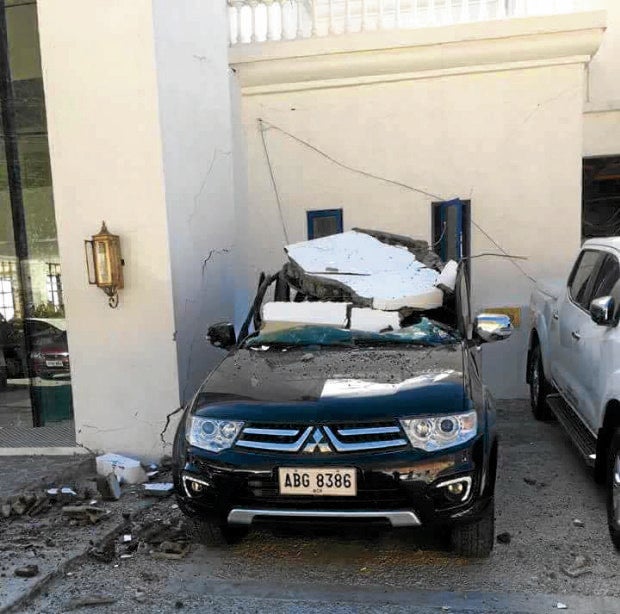 The quake was felt in varying intensities in surrounding areas and as far as Manila’s financial district of Makati, where local broadcaster ABS-CBN showing live footage of frightened commuters fleeing the passenger terminal at the port of Batangas, near the epicenters.

ABS-CBN quoted local officials as saying the quakes broke the windows of some houses in the region, but there were no reports of casualties.

The series of temblors was caused by tectonic in origin and caused by the movement of a local fault, said Renato Solidum, Phivolcs head.

“We can call this an earthquake swarm,” Solidum said in  a television interview. Swarms are events where a local area is hit by a sequence of many quakes in a relative short period of time.

“Swarms” differ from earthquakes succeeded by a series of aftershocks because no single earthquake in the sequence is considered the main shock.

Solidum said the quakes were not powerful enough to cause tsunamis, although he welcomed news that many people immediately went to higher ground at the onset of the quake.

“This is tectonic in origin, caused by the movement of a local, unnamed fault between the towns of Tingloy and Mabini,” he said.

The movement was felt in varying intensities in about 40 towns in Batangas, Laguna, Cavite and Quezon and in metropolitan Manila. As of 4:43 p.m. nearly 800 small aftershocks were recorded, but they were too weak to trigger any tsunamis or damage.

Power was cut off but was immediately restored in affected areas, but centuries-old churches and some establishments in Batangas sustained minor damage, including the fire station in the city, disaster relief officials said.

At least 8,000 people, including patients in four hospitals in the province, were evacuated to open areas as the swarm shook buildings in Batangas.