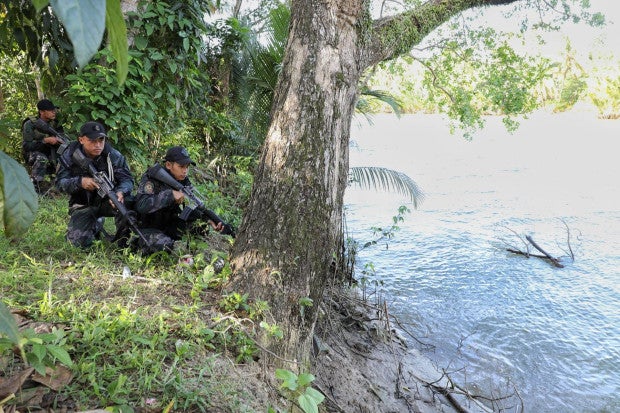 Thirty-two people, 10 of them children, were wounded when two bombs exploded while they were watching an amateur boxing match in the plaza in Hilongos, Leyte province, in Eastern Visayas on Dec. 28, 2016.

In February, Muslim convert Jake Anthony Macuto and three of his companions, believed to belong to the Maute group tagged as the terrorist group with links to the Islamic State jihadi group in the Middle East, were charged for the twin bombings.

Hilongos is a fourth-class municipality 146 kilometers away from the regional center of Tacloban City. Chief Supt. Elmer Beltejar, police director for Eastern Visayas, said Macuto might just be on a test mission.

In November 2016, the US Embassy issued a travel advisory warning its citizens that a “terrorist” group planned kidnappings in Cebu province.

The advisory was issued in response to comments made to journalists by the regional police that six Abu Sayyaf bandits were in Cebu, a popular tourist destination in Central Visayas.

On Oct. 25, 2016, Philippine National Police Director General Ronald dela Rosa admitted in a press conference that the Mindanao-based Abu Sayyaf terrorists were traveling from one province to another and reaching as far as Metro Manila.

This was after reports that six members of the bandit group, led by one Commander Messiah, arrived in Cebu that month, reportedly to abduct prominent people.

Supt. Julian Entoma, chief of the regional intelligence division of the Police Regional Office in Central Visayas (PRO-7), also alerted people on possible terrorist attacks in the region, like bomb attacks in shopping malls and other business establishments.

Chief Supt. Noli Taliño, the Central Visayas regional police chief, admitted receiving information but said it had not been confirmed yet.