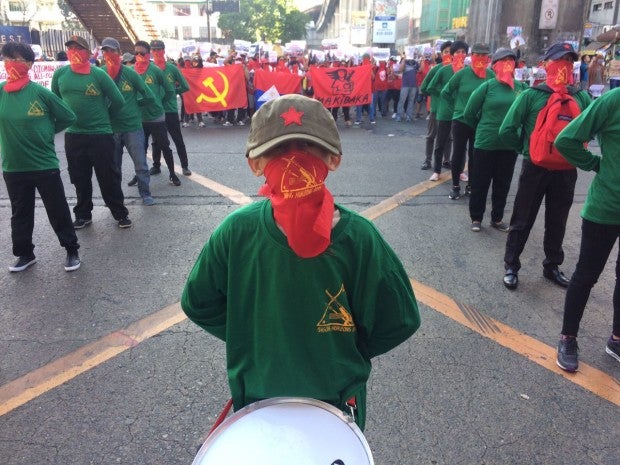 Members of underground groups under the Communist Party of the Philippines mark  the 48th anniversary of the New People’s Army (NPA) on March 29, 2017 in Quezon City.  (NIÑO JESUS ORBETA / INQUIRER)

CITY OF SAN FERNANDO — Ten members of the New People’s Army in Ifugao province yielded to the Philippine Army on April 3, bringing to 21 the number of communist rebels who have surrendered since March, the Armed Forces’ Northern Luzon Command (Nolcom) reported on Thursday (April 6).

Six NPA members from Kalinga and five rebels from Abra have laid down their arms since March 31, Nolcom said.

Nolcom did not provide details as to the current strength of the NPA in the Ilocos, Cagayan Valley, Cordillera and Central Luzon regions.  SFM