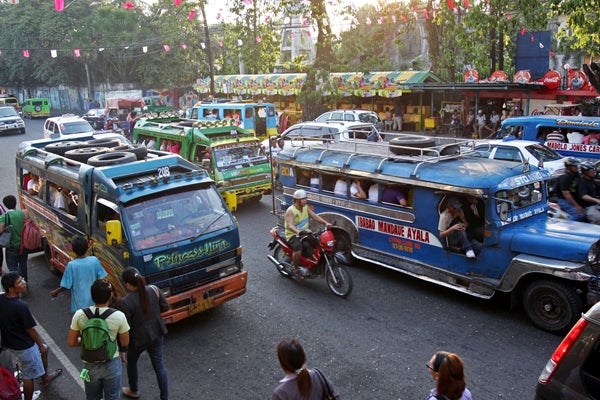 CEBU CITY — A transport group in Cebu wants the minimum fare of public utility jeepneys raised from P6.50 to P8 during peak hours, or an increase of P1.50, to cover for the losses suffered by drivers in the wake of fuel price hikes and the high cost of spare parts.

Piston -Cebu officials joined the public hearing held at the Centennial Stage of the Cebu Normal University in Cebu City.

“You would just create an argument between the drivers and commuters,” commuter Minda Ocleasa told Yu.

Yu proposed requiring drivers to put clocks inside their units whose time would be used in determining the fare to be collected.

In case of confusion, he added the passengers and drivers must negotiate to come up with an agreement but “our drivers have been told to always yield to the passengers.”

Yu said traffic during peak hours has cut down the number of trips they could make in a day –from seven trips to only five trips daily.

Greg Perez of Piston-Cebu said that instead of approving a fare surge, the Land Transportation and Regulatory Board (LTFRB) should just grant a 50-centavo provisional increase in minimum fare and eventually make
the increase permanent.

Perez is also seeking the implementation of a uniform minimum fare in the country.  SFM