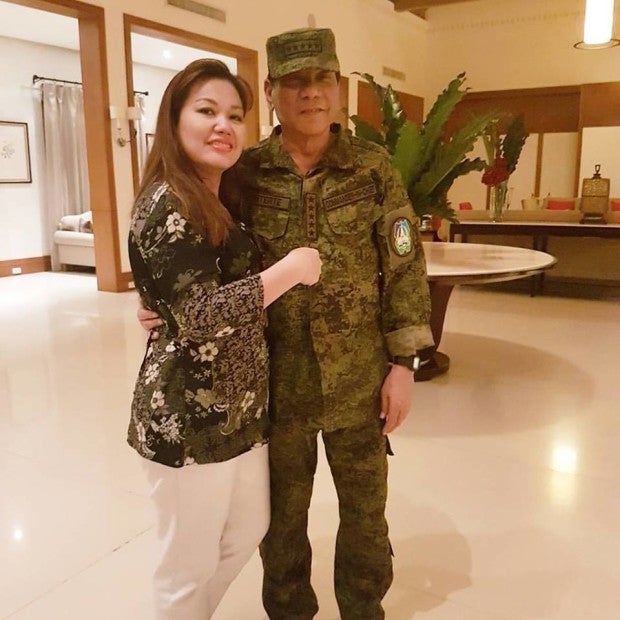 The military’s commander in chief flaunted his new combat uniform given to him as a token during the 120th anniversary of the Philippine Army.

Duterte’s common-law wife Honeylet Avanceña posted Tuesday night on her Facebook account her photo with the President in full battledress.

The uniform bore Duterte’s name and his title—Commander in Chief.

On Tuesday afternoon, the chief executive lead the 120th anniversary of the Philippine Army in Taguig City where he was given a set of Army battledress and a canteen cup as an expression of gratitude for his support to the unit. IDL
READ: Army thanks Duterte for supporting soldiers