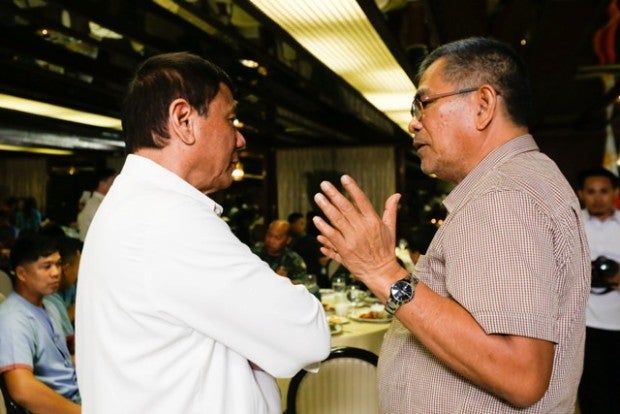 President Rodrigo Duterte on Tuesday said he was still looking for the replacement of dismissed Interior Secretary Ismail “Mike” Sueno.

“I am still scouting for another talent,” Duterte said in an ambush interview at the Philippine Army Headquarters in Taguig City.

Duterte said he could not appoint defeated vice presidential candidate Ferdinand “Bongbong” Marcos Jr. to head the Department of the Interior and Local Government (DILG).

He said putting Marcos at the DILG might affect the latter’s electoral protest.

“No. I don’t think that he would abandon his appeal,” he said when asked about Marcos’ possible appointment.

Duterte said he fired Sueno not because of his alleged statement that the loyalty of the officials under his agency must be to him and not to the President.

“Sometimes we overdo things by using another set of language. Pero hindi yan (That’s not the case). That’s corruption,” he said.