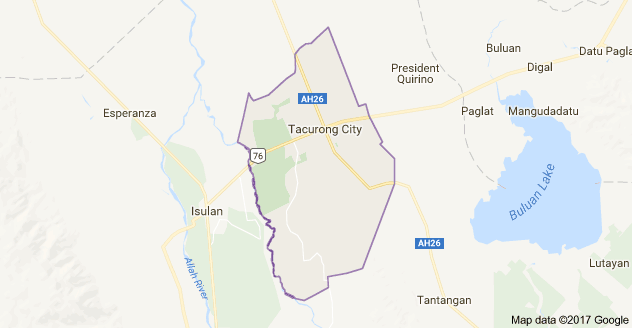 COTABATO CITY – Eight persons, mostly workers of an electric cooperative, were injured after an improvised bomb went off along the national highway in Tacurong City on Monday morning (Apr. 3).

“We recovered shrapnel made of cut nails and metal,” Supiter told the Philippine Daily Inquirer.

Quoting witnesses, Supiter said a man in white t-shirt and black bull cup was seen throwing something in front of Sukelco office where a forum of cooperative employees was about to start.

The man fled on foot toward the back of the hospital and cooperative building where a motorbike driven by a cohort was waiting.

Supt. Romeo Galgo Jr, speaking for the police in Central Mindanao, said Janice Alacdo, 34, a fried banana vendor and resident of Barangay New Carmen this city, was seriously injured since the IED landed near her roadside stall.

Supiter said the victims were already out of danger, as of this posting.

The Tacurong City blast was the 7th in Central Mindanao since last week. On Saturday, a 16-year-old pedicab driver was injured when an improvised bomb exploded along Quezon Avenue at 4:30 a.m.

The military blamed the outlawed Bangsamoro Islamic Freedom Fighters (BIFF) for the bombings, a claim denied by the group’s spokesperson.  SFM/rga