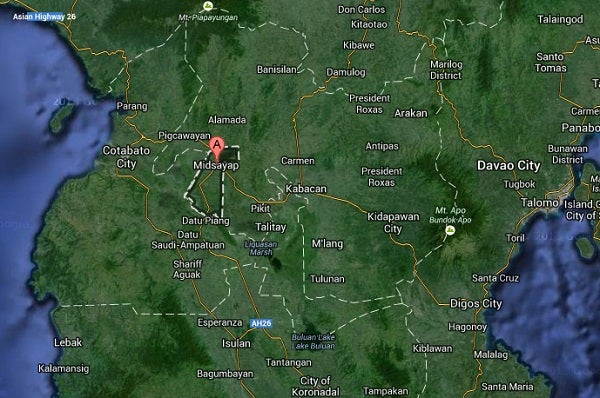 MIDSAYAP, North Cotabato – A 16-year-old tricycle driver was injured when an improvised explosive device went off here before dawn Saturday.

Supt. Bernard Tayong, Midsayap town police chief, said the explosion occurred at 4:30 a.m. while the victim, a resident of Barangay Pagangan, Aleosan, North Cotabato, was sitting on his tricycle while waiting for passengers along Quezon Avenue.

No one has claimed responsibility for the bomb attack. The victim was rushed to the hospital by responding cops.

Tayong, who withheld the victim’s name, said the motive of the explosion could be extortion as it was planted near a famous restaurant along Quezon Avenue.

But he said investigators were also looking at other possible motives and groups who could have set off the IED.

Bomb experts said the IED was made of black powder, cut nails as shrapnel and mobile phone as trigger mechanism, similar to ordnance set off by the Bangsamoro Islamic Freedom Fighters in Maguindanao against government forces.

Speaking for the BIFF, Abu Misri Mama, denied his group was behind the Midsayap bombing.

Read Next
2 dead in Tenerife after giant wave sweeps them away
EDITORS' PICK
China expands lockdown against virus, fast-tracks hospital
SM continues to send relief assistance to remote towns in Batangas
‘A greener, cleaner tomorrow’: A how-to guide for Filipinos who want to help with today’s energy crisis
Palace: US Senate move also made Duterte junk VFA
Get exciting deals and discounts when you download the new McDonald’s App
Countries with confirmed cases of coronavirus
MOST READ
Taal’s sulfur dioxide emission increases
No time for revelry; Tagaytay instead plans for alert level 5
Palace: US Senate move also made Duterte junk VFA
Dina Bonnevie on Coney Reyes: We have forgiven each other
Don't miss out on the latest news and information.