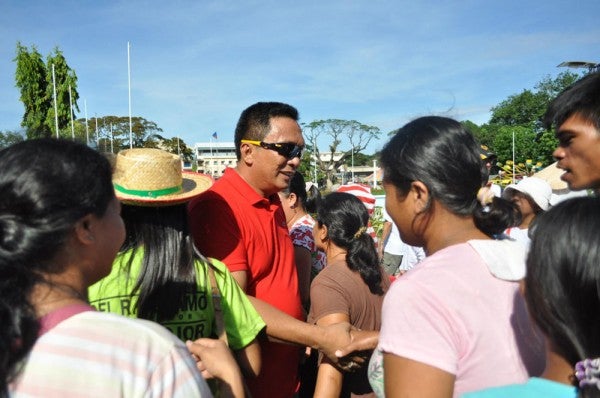 Citing unreasonable delay by the Office of the Ombudsman, Negros Oriental Governor Roel Degamo has sought the dismissal of his charges over the continued use of a portion of the P480.7-million calamity funds that were revoked in 2012.

In an eight-page motion on March 30, Degamo asked the Sandiganbayan Third Division to throw out his charges for one count of violating Section 3(e) of the Anti-Graft and Corrupt Practices Act and 11 counts of malversation through falsification.

Degamo said the Office of the Ombudsman violated his constitutional right to the speedy disposition of his case. He said it took three years for the case, initiated in Oct. 29, 2013, to finally reach the court on Aug. 3 last year.

Although the respondents submitted their counter affidavits and position papers from February to May 2014, the Ombudsman issued a finding of probable cause on Jan. 12, 2016 and denied the appeals five months later on May 25.

He said there was “no justifiable reason for the preliminary investigation to last up to almost three years” before he could be indicted at the antigraft court.

“The inescapable conclusion is that the Office of the Ombudsman took its own sweet time to terminate the preliminary investigation and lodge the Information in court, unmindful of the fact that in the interim, accused had to endure the agony of an uncertain future, akin to having the potential sword of Damocles hanging over their heads,” read Degamo’s motion.

He told the court that he could not be blamed for the delay because he complied with the periods for the filing of his pleadings and never asked for an extension.

Degamo also insisted that the case is “not that complicated either,” because there were “neither novel issues to unravel nor uncharted territories to explore” to warrant the length of the probe.

“What is clear is that the Office of the Ombudsman had tarried in its completion and the accused were not at fault,” the motion read.

Degamo is currently out on bail amounting to P1.115 million, halved from the prosecution’s recommendation of P2.23 million.

The case arose from the provincial government’s award of 11 infrastructure contracts worth P143.2 million, even after the Department of Budget and Management withdrew the June 5, 2012 special allotment release order after 14 days.

The money was meant for the repair of infrastructure damaged by typhoon Sendong in December 2011 and a 6.9-magnitude earthquake in February 2012. On June 19, 2012, the DBM informed Degamo that the SARO was being withdrawn over the province’s failure to comply with existing guidelines for infrastructure projects.

But instead of complying with the order to return the already-released funds, Degamo proceeded with the award of the 11 infrastructure contracts. The Commission on Audit later issued 11 notices of disallowance, but these orders are still under appeal. JE