Paola Alvarez, Speaker’s daughter, speaks up on tiff with Floirendo 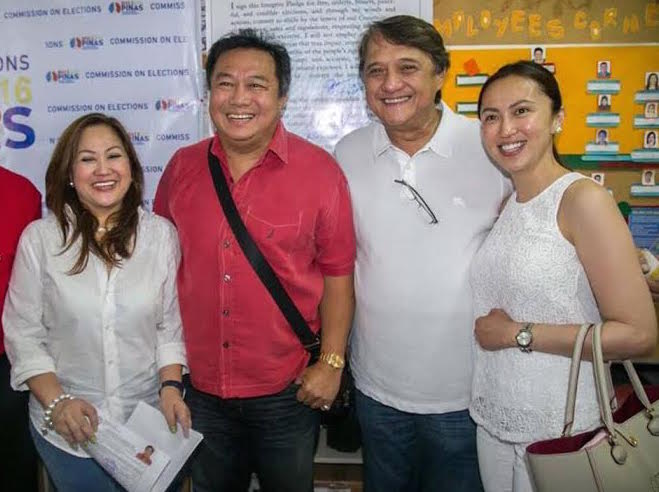 She took offense at how Floirendo’s common-law wife Cathy Binag supposedly “exploited” their family’s personal relationships to twist the facts, following the Speaker’s filing of graft charges against Floirendo, accusing him of conflict of interest in his banana company’s lease of Davao Penal Colony land.

“My family and I are shocked that the spin on the issues has become so crass and juvenile,” the younger Alvarez said in a statement on Thursday.

“It is incredible how personal relationships are exploited by Rep. Tonyboy Floirendo’s live-in partner, Ms. Cathy Binag, to twist an otherwise simple question of  facts. It’s completely appalling!” she said.

Alvarez said her family wished to keep their personal lives private in spite of her and her father’s positions in government.

“We hope Ms. Binag will respect that and stop dragging us into her personal issues,” she said.

“At the same time, it deeply hurts my family that the longstanding and cherished friendship with Representative Floirendo is heading this way,” Alvarez said.

“But adults that they are, we expect the parties concerned to address the factual issues head-on. After all, in public service public interest is paramount and goes beyond the deepest bonds of friendship,” she said.

Floirendo and the older Alvarez were close friends until they had a falling-out after rumors circulated that the former was plotting to oust the Speaker and to replace him with former President Gloria Macapagal Arroyo.

The issue was complicated by allegations that Alvarez’ filing of charges against Floirendo had been motivated by ulterior motives stemming from a feud between their alleged “girlfriends.” The Speaker has also sought a congressional inquiry on the issue.

Floirendo’s family owns the Tagum Agricultural Development Corp. (Tadeco), one of the world’s largest banana producers. He was the top financier of Mr. Duterte’s presidential bid, contributing P75 million, or a fifth of his P376-million campaign kitty.

In his complaint dated March 13, Alvarez questioned the joint venture agreement (JVA) first entered into by Tadeco and the Bureau of Corrections (BuCor) in 1969 and extended for another 25 years on May 21, 2003.

Under the deal covering 5,308.36 hectares of the penal colony, BuCor receives a guaranteed annual production share of P26.54 million to be increased by 10 percent every five years.

Alvarez said Floirendo violated Section 3(h) of the Anti-Graft and Corrupt Practices Act because in 2003, he was serving his second term as a district representative when the extension contract was signed.  SFM