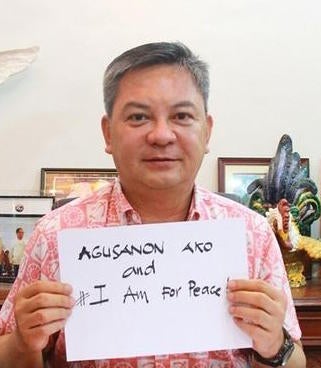 Agusan del Sur Gov. Adolph Edward Plaza in a public service announcement for the government peace process. (Photo from the official Twitter page of the Office of the Presidential Adviser on the Peace Process)

PROSPERIDAD, Agusan del Sur – Gov. Adolph Edward Plaza has revealed that a barangay (village) chairman who was being arrested for alleged possession of illegal drugs, tried to seek his intervention on Sunday but he said he told him to face the charges and defend himself according to the law.

Plaza admitted that he and Patin-ay village chief Romeo Lagat Jr. of Prosperidad town were not only political allies but personal friends as well.

Lagat and another village official, Patin-ay councilman Danilo Tumale, were arrested during separate raids by operatives of the Philippine Drug Enforcement Agency (PDEA) on Sunday.

The village officials were reportedly caught with a total of eight grams of suspected shabu when their houses were raided by PDEA agents, who were armed with search warrants.

Plaza said during the raid, Lagat phoned him for possible intervention.

But the governor said while he believed that drug addicts should be given a chance to reform, those involved in the trading of illegal drugs should suffer the consequences of their actions.

“Since you were caught, whatever happens, do not drag me because that is your own doing, so face your problem,” Plaza recalled telling Lagat in a speech delivered at the induction of new Partido Demokratiko Pilipino-Lakas ng Bayan (PDP) members in the province. 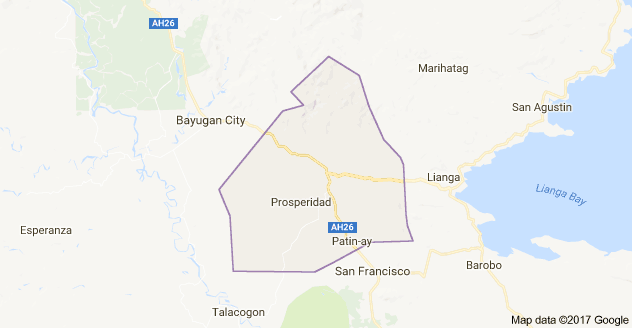 “These people are no longer minors, in fact, as elected leaders they are obligated to be good examples,” he said.

The governor said while he could not help those involved in the illegal drugs trade in the prpvince, he would help drug users undergo rehabilitation and reform.

He cited the provincial government’s Substance Use Recovery and Enlightenment project, which established the Outpatient Drop-In Center (ODIC) at the provincial capitol and the Residential Treatment Rehabilitation Center (RTRC) inside the military camp of the Army’s 401st Infantry Brigade in Barangay New Leyte here.

Plaza said another facility would soon be built for reforming addicts and it would complement the existing ODIC and RTRC facilities.  SFM