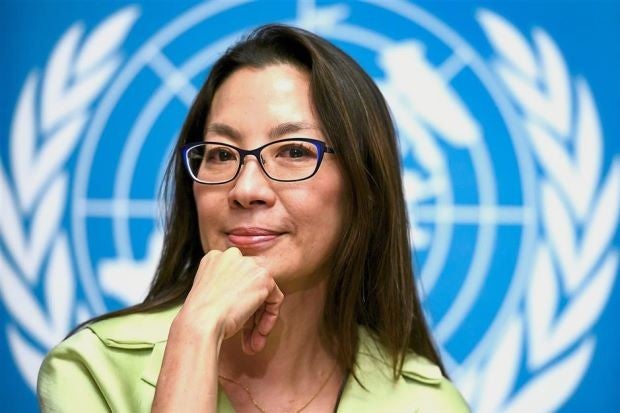 KUALA LUMPUR — International star Tan Sri Michelle Yeoh will be conferred the Commander of the Legion of Honor – the highest honor to a non-French citizen – during a ceremony which coincides with the visit of French President Francois Hollande.

According to the program summary of Hollande’s visit, the conferment ceremony will be held at the official residence of the French Ambassador here this evening.

Hollande also plans to meet the French community here during the reception before departing for a state banquet at Istana Negara.

The National Order of the Legion of Honor (Legion d’Honneur) is the highest decoration in France and rewards men and women, French or foreigners, for their exemplary services rendered to France or to the causes supported by France.

Commandeur of the Legion d’Honneur is the highest honor that the French government can award to a non-French citizen.

Other Malaysians who have been awarded the Commander title are the Sultan of Terengganu Sultan Mizan Zainal Abidin when he was the 13th Yang di-Pertuan Agong, and AirAsia group chief executive officer Tan Sri Tony Fernandes.

The Ipoh-born Yeoh studied dance and martial arts before being crowned Miss Malaysia/World in 1983 that led to a commercial with action star Jackie Chan, and then a film career in Hong Kong.

She is best known in the Western world for her roles in the 1997 James Bond film “Tomorrow Never Dies,” and in the 2000 blockbuster “Crouching Tiger, Hidden Dragon,” for which she was nominated for best actress at the Bafta Awards, Golden Horse Awards and Hong Kong Film Awards.

It is understood that Yeoh is back for the ceremony from Toronto, where she is filming the upcoming “Star Trek: Discovery” TV series, in which she plays Captain Georgiou of the starship Shenzhou.

The show will be released later this year.