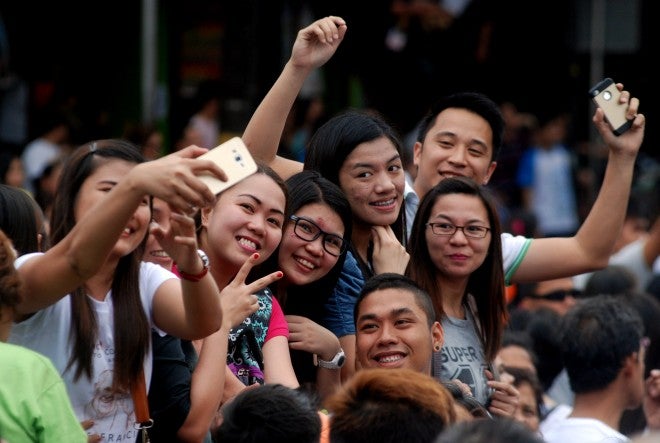 The number of Filipinos who said they were happy with life in general hit a record-high in December 2016, according to a survey by the Social Weather Stations (SWS).

The survey, conducted from Dec. 3 to 6 last year, showed that 91 percent of Filipinos were “very/fairly happy” with life in general, with half of them very happy (46 percent) and the other half fairly happy (45 percent).

The latest happiness figure is the highest in 20 years since the 92 percent recorded in June 1996. It was also two points higher than the 89 percent logged in the previous quarter of June 2016.

The December survey found that happiness is highest in Mindanao (94 percent), followed by Metro Manila (92 percent), Balance Luzon (90 percent), and the Visayas (89 percent). Happiness was also highest in class ABC at 98 percent, and among college graduates at 93 percent.

The survey, which was conducted among 1,500 adult respondents, had an error margin of ±3% for national percentages, ±4% for Balance Luzon, and ±6% for Metro Manila, Visayas, and Mindanao. JE/rga