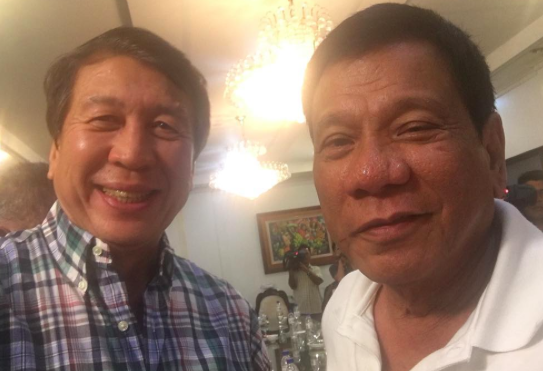 TACLOBAN CITY — The House of Representatives has not taken up the proposal of President Duterte to postpone the elections and appoint barangay officials.

But Majority Leader Rudy Fariñas said he found nothing wrong with the President appointing new sets of barangay officials because the present term of the incumbents had expired in 2016.

“We have yet to talk about that in Congress because the leadership of Speaker (Pantaleon) Alvarez is by consensus. Kung ano man ang mananaig, yun ang mangyayari (Whatever is decided on by the majority will be adopted),” Fariñas said on Sunday.

Fariñas and some congressmen were in Tacloban City as part of their “Western and Eastern Nautical Highway Expedition,” an inspection tour conducted by the legislators to check on the state of the government’s Roll On-Roll Off (RORO) , the conditions of road network and the transportation system in the provinces.

Speaker Alvarez earlier signified his support for the plan of the President to cancel the barangay elections this October and appoint the barangay officials, to prevent those who have engaged in the drug trade from getting back into power.

“I see nothing wrong with appointing village officials if it’s mandated by law. Their terms have already expired but they are in hold-over capacity,” said Fariñas

He pointed out that since the terms of the barangay officials expired last year when the elections were supposed to be held, they could be replaced by appointment.

“In the Constitution, there’s no fix date in the election of village officials so that we in Congress can change the term of barangay officials whether it’s five or six years,” said the congressman from Ilocos Norte.

Fariñas said President Duterte has gained a wide perspective on illegal drugs trade over the years, compared to the congressmen who have only been confined to the peace and order problems of their districts.

The proposal to cancel the barangay elections and just appoint new sets of officials was opposed by village officials in Tacloban.

“This will deny the people (of their right) to vote directly officials they like to lead them in the barangay. Barangay officials, just like our other officials, should be elected and not appointed,” said Rosario Bactol, barangay chairman of 88.

Lawyer Jose Nick Mendros, Commission on Elections-Eastern Visayas director, said Comelec would continue to do its mandated work should Congress fail to pass a law cancelling the elections this October.

“Our registration (in our Comelec offices) will continue until April 29 while our satellite registration will end this week,” Mendros said.

“We cannot stop our work just because there is a proposal to cancel the barangay elections,” he added.

He said cancelling the elections might not be the answer to the problems of barangay officials’ involvement in the illegal drugs trade.

“Charge them (in court). We have charged a senator. Why not charged those alleged barangay officials,” Mendros, said referring to Senator Leila de Lima who has been detained on charges of illegal drug trade and protection.

He added that appointing barangay officials would be contrary to the country’s democratic principles and might exacerbate patronage politics.  SFM/rga