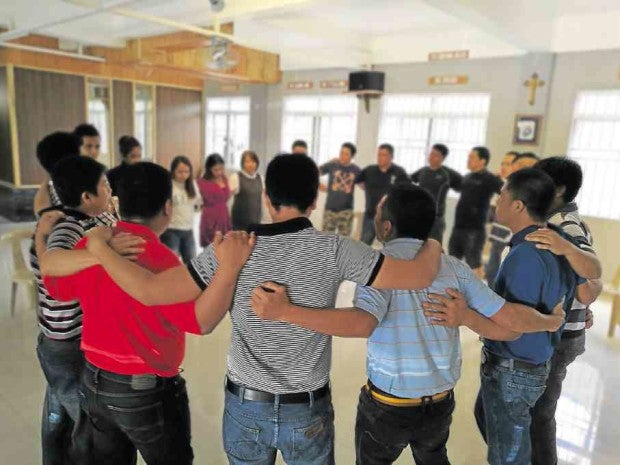 BEAUTIFUL DAY
TCI residents count on each other for support. Photos by Pocholo Concepcion

The music of U2 is playing at high volume, with the song’s lyrics sending out a message to the “residents” of the house: “It’s a beautiful day, don’t let it get away…”

The house is actually a new drug rehabilitation facility called TCI Village in Alfonso, Cavite province. It’s quite spacious: a two-story building in a 3,000-square-meter lot that includes a basketball court and a gym. A few steps out of the main building, in front of a small garden and standing by the main gate, is a “Graduates Hall” still under construction.

TCI stands for the surnames of its founders — Jun Tan, Joel Chavez and Joey Ibañez.  The facility opened in November 2016, although the plan to build was hatched as early as October 2015, eight months before the country elected a new President who would declare a bloody war on illegal drugs.

Tan, Chavez and Ibañez admit to being former heavy drug users but believe, given their own experience, that addicts, specifically those hooked on crystal methamphetamine or “shabu,” can quit the habit and even become a better person.

That’s reason enough to put up TCI, they thought.

The three met while undergoing treatment at Seagulls, a rehab facility in Tagaytay.

Ibañez, 52, and Chavez, 50, are one in saying that Tan—who was program director at Seagulls when they met—was instrumental in the idea of putting up TCI. “He changed our lives,” they say.

The three call themselves “recovering addicts.” Says Tan: “Recovery is a lifetime (process). We are like patients who are undergoing treatment.”

To sustain their recovery, the group agreed it would be good to build a rehab facility to also help people who cannot afford expensive treatment.

“Most other facilities pay rent,” says Ibañez. “We own our building and lot.” 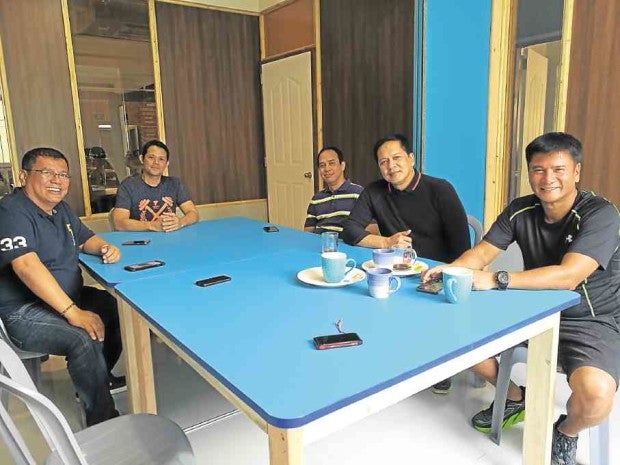 TCI Village can accommodate up to 100 patients, or “residents,” who live in the facility to undergo a healing program.

Currently, there are 20 residents, half of them indigents whose stay at TCI has been sponsored.

“But indigent cases should be (on a) voluntary (basis),” says Ibañez. “The users must have that desire to change.”

The rest pay a monthly fee “that helps cover the cost of our operations,” he adds.

Tan says the 12-step program, originally used by the international fellowship group Alcoholics Anonymous, is “mainly about spirituality, believing that a higher power will help you recover.”

The second approach, BC, is crucial, says Ibañez: “In order to recover, you need to change your behavior and lifestyle. We focus on emotions—how you react to people and situations, how you should accept things, meaning you have to be emotionally strong when you finish the program.”

The root cause of substance abuse, Tan explains, is behavior. “There are cases involving psychological and mental problems and polysubstance (more than one kind of drug) abuse…

“We enforce discipline. In some rehab facilities, you can’t take drugs but alcohol is okay. Or, you can’t take alcohol but you’re allowed to smoke cigarettes. We believe that one’s addictive behavior should be thoroughly addressed.”

But a third approach makes TCI different from other rehab centers: After Care.

“After Care is about staying connected,” says Ibañez, “forming a brotherhood, giving the residents a place to come back to.”

The most important feature of After Care, he explains, is how TCI assists its residents to find jobs once they finish the healing program.

“The problem is,” Ibañez says, “after the residents graduate, they go back to mainstream society but have a hard time finding a job. That’s what we will address.”

TCI is in the process of putting up its own manpower company that will assist in the full-time employment of its resident graduates.

In fact, it has already started hiring some of them, including Ronnie Mangubat and GP Evaristo, who both work in two of Ibañez’s companies.

Ibañez has business interests in logistics, warehousing, pesticides, among others, with over 300 employees, while Chavez operates a heavy equipment company in Batangas province, which has 500 employees.

Before applicants are accepted by TCI for rehab, a social worker interviews and screens them.  TCI also employs a psychiatrist, a psychologist and staff members with a master’s degree in psychology. “All of them are certified addiction counselors,” says Tan.

But while TCI can accept applicants with behavioral problems, like bipolar disorder or ADHD (attention deficit hyperactivity disorder), the facility would rather not accept those with a medical condition, says Tan. “Those who have diabetes, heart disease … We’re not equipped for that. We’re all about treating addiction.”

“But it has to be on a voluntary basis. That’s the first step to recovery. In most cases, it’s not voluntary. Only about 10 percent come in voluntarily,”  he adds.

A common problem among drug users undergoing rehab is falling into a relapse. TCI’s founders are no exceptions.

Ibañez reveals that he harbored anger at his children whom he says “forced me to go to rehab. When I got out, I still liked the feeling of doing drugs. Without a support group, you will have a relapse.”

Chavez says he had a relapse after one year of rehab. “I had what we call ‘reservations’ or doubts that I can control myself. My wife brought me back and I finished the program, but I had a relapse again. I found it difficult to say no when the drugs were right in front of me.”

Tan says that when he entered into an 18-month program, he suffered a relapse on the sixth month.

To help shake off the danger of relapse, the TCI group meet regularly and engage in various healthy activities like running.

“We look healthy now, but back then we really looked like addicts,” says Mangubat.

Chavez admits he used to celebrate his birthday with girls, the firing of guns, and doing drugs. But when he turned 50 recently, he observed it quietly with his TCI support group.

Can people who get hooked on shabu really go back to their normal lives?

“Yes,” says Ibañez. And they can even become better persons.”  The key attitude, he adds, is humility.

“We know how to listen,” he says. “There’s no point, for instance, in engaging in arguments. We put our emotions in check.  Later on you can talk it out. But initially you step back to avoid conflict. ”

At TCI, he adds, “we are like family. We call each other kuya, ate, (brother, sister) because they’re whom we turned our backs on when we started doing drugs.”