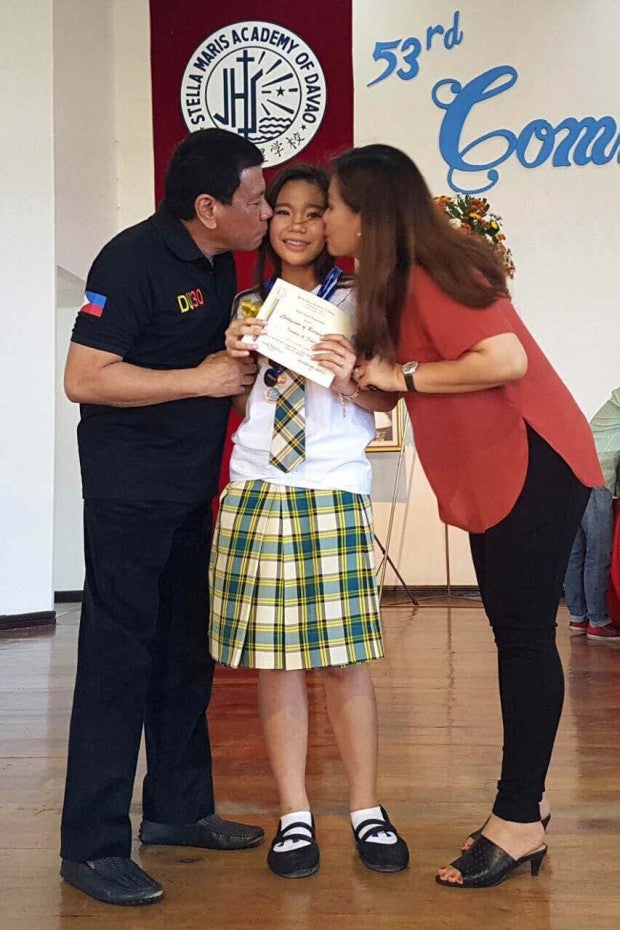 Despite his busy schedule, President Rodrigo Duterte, together with his common-law partner, Honeylet Avanceña, on Saturday attended the graduation of his youngest daughter at Stella Maris Academy in Obrero, Davao City.

The proud parents even posed for a photo while kissing their daughter, Veronica “Kitty” Duterte, who graduated from elementary with honors.

She was also named as her batch’s “Best in Current Events” and “Third Honors in Chinese.” 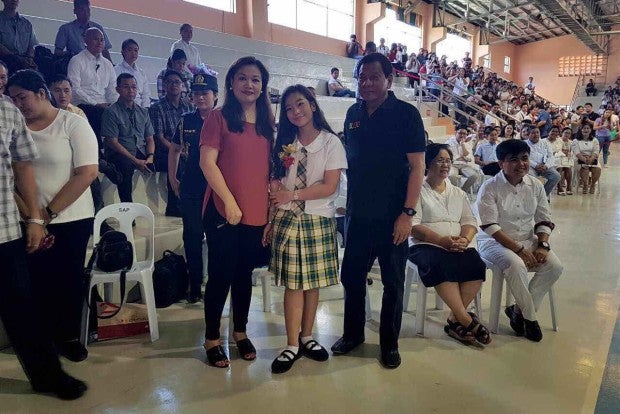 Duterte, who turns 72 on March 28, earlier expressed that the only gift he would like on his birthday is time with his loved ones.

He said that he would like to spend his birthday with his children and grandchildren, especially his newest grandson, Stonefish. EMB/IDL