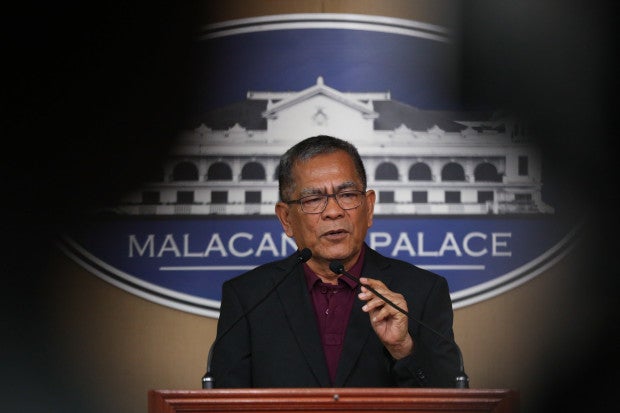 Interior Secretary Ismael Sueno may have “mixed up” things after he said on Wednesday that the Philippines would lose 27 trade deals with the European Union (EU)  as a consequence of the accusations of the human rights violations against the Duterte administration.

Trade Secretary Ramon Lopez said Sueno may have confused the grants to the GSP+, which requires the country to comply with 27 international agreements, including the protection of human rights.

These agreements are not trade deals.

“He might be referring to the 27 agreements or conventions we signed as part of GSP+,” he said in a text message to the Inquirer.

The Generalized System of Preference Plus (GSP+) allows zero tariff for over 6,000 Philippine products exported to the EU, as long as the country complies with key international agreements.

This preferential trade arrangement may be unilaterally removed by the EU should it find the Philippines in violation of these agreements—a risk which was recently highlighted by an EU Parliament joint resolution that considered removing GSP+ a means to persuade the Philippines against extrajudicial killings.

Once removed, the Philippines would revert to the regular GSP, which offered relatively less attractive perks since it covered a smaller range of products.

Sueno said the country lost P434 million because of “wrongful accusations” of human rights violations against the government.

Sueno said there appeared to be a concerted effort to raise human rights issues and put pressure on the President in order to free Sen. Leila de Lima from jail.

“The United States has not renewed its Millennium Challenge Corp. grant to the Philippines expiring in May this year because of alleged human rights violations being propagated by many sectors and just recently by Vice President Leni Robredo,” Sueno said.