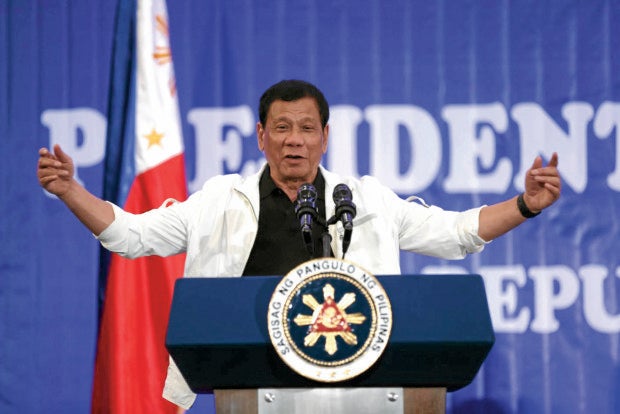 President Duterte on Thursday defended his decision not to support same-sex marriage in the Philippines, saying he wants gay couples to be happy even though the government cannot legally recognize their partnership.

Mr. Duterte, whose position has angered members of the lesbian, gay, bisexual, and transgender (LGBT) community, said he was not condemning same-sex couples, and they could do what they want.

But the law should be followed.

“If it makes the gays happy, let them be. I do not condemn anybody there. What makes you happy, good; just don’t violate the law, period,” he said in a press briefing shortly after arriving from Burma (Myanmar) and Thailand.

“If I allow [same-sex marriage], then I would have violated the law. But if you ask me, do what makes you happy,” he said.

He said he has nothing against same-sex couples.

“I am centered on the human being. What pleases your existence? We only pass this way once in life. Whatever makes a person or two persons happy, that’s up to them,” he said.

During the campaign period, Mr. Duterte got the hopes of the LGBT community up when he indicated his openness to the idea of allowing same-sex marriage in the country.

He had said he would push for legislation to allow same-sex marriages.

But during a speech in Burma, he came out against same-sex marriage in the Philippines when he commented on a Time magazine article on the expansion of gender identities.