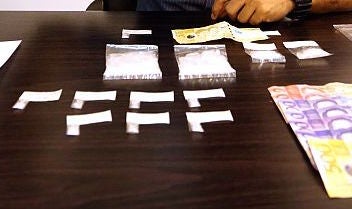 ANGELES CITY — A man suspected of supplying shabu (methamphetamine hydrochloride) in the Pampanga cities of Angeles and San Fernando was arrested here on Tuesday night (March 21) by agents of the Philippine Drug Enforcement Agency (PDEA).

Avilar, 28, and a resident of Barangay Pulung Bulu in Angeles City, was caught with 50 grams of shabu worth P200,000.

He faces a case for selling dangerous drugs, which is prohibited under Republic Act 9165 or the Comprehensive Dangerous Drugs Act.  SFM