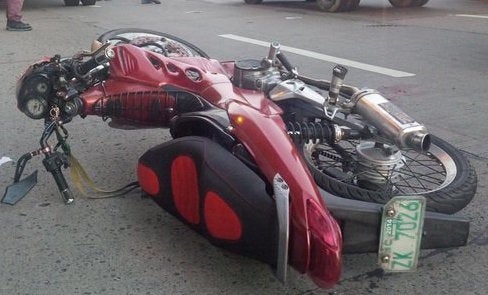 Jeffrey Capua, 45, was driving his motorcycle along Barangay (village) Babasit at 10:05 p.m. on Monday (March 20) in Manaoag town, when he encroached into the opposite lane and crashed into a truck.

Capua did not reach the Manaoag Community Hospital alive.

In Alaminos City, Jimmy Ragel, 26, died after after his motorcycle was sideswiped by a truck at 7:30 p.m. on Monday in Barangay San Vicente.

The motorcycle crashed into a watermelon stall, injuring two of the vendors. Ragel’s backrider was also hurt.

In Balungao town, Lino Dela Cruz was hurt in Barangay San Raymundo when his motorcycle was hit by a tractor at about 6 p.m. on Monday.

In Villasis town on Tuesday (March 21), a speeding motorcycle crashed into a passenger jeepney in Barangay Bacag at 12:05 a.m. The drivers of both vehicles were injured, but their names have not been released at press time.  SFM