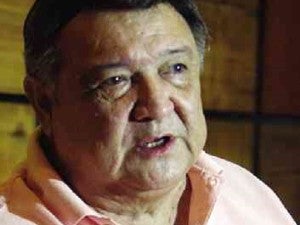 MANILA — It may have been proper for the Office of the Ombudsman to indict three Bogo City politicians for allegedly intimidating their rival in 2010, but for the Sandiganbayan, the agency slept for too long on the case.

The case arose from the standoff during the May 10, 2010 elections, when the officials allegedly ordered uniformed members of the Bogo Anti-Crime Task Force to block the convoy of Cebu 4th District Rep. Benhur Salimbagon from leaving Polambato Elementary School.

A warrantless search of their vehicles also allegedly took place. At the time, Salimbagon had just won the first of his three consecutive terms and defeated the elder Martinez’s son, Celestino Martinez III.

Despite being sufficient in form and substance, the case was thrown out because it slept at the Office of the Ombudsman’s level for years.

This was despite the fact that the agency only had to review the case built by the provincial prosecutor and the Department of Justice after nine months of investigation.

“Although the court finds probable cause for the issuance of warrants of arrest against accused… It is constrained to dismiss the same for being violative of their right to the speedy disposition of cases lodged against them,” the resolution read.

The court said that by coming up with an indictment only four years and nine months after the 2010 election standoff, the Ombudsman’s office violated the accused officials’ right to the speedy disposition of their cases.

The resolution noted that since the case was filed May 17, 2010, investigation took only nine months at the level of the Provincial Prosecutor’s Office and then the Department of Justice.

The information to be filed at the Sandiganbayan was prepared for another year and dated November 13, 2014. Ombudsman Conchita Carpio Morales took another three months to approve the charge sheet in February 18, 2015.

Ombudsman prosecutors blamed the delay on the “voluminous” case records forwarded by the DoJ. However, the court found this reasoning “implausible” because the case was “not complex, considering that the matter involves verbal allegations.”

The resolution also stressed that the Ombudsman “merely had to review the findings of the DoJ,” whose prosecutors actually conducted the preliminary investigation.

Indictment could have prospered

Had the case not been delayed for years, the Sandiganbayan said “the finding of probable cause for the issuance of the warrants of arrest against the three accused [would have been] proper.”

The case could have gone to trial, the court said, because the affidavits have sufficiently established that a standoff allegedly ensued when Salimbagon’s convoy were “limited, if not restricted, in their movements within that particular area.”

The resolution was penned by Justice Geraldine Faith A. Econg, with the concurrence of Justices Alex L. Quiroz and Reynaldo P. Cruz.  SFM/rga