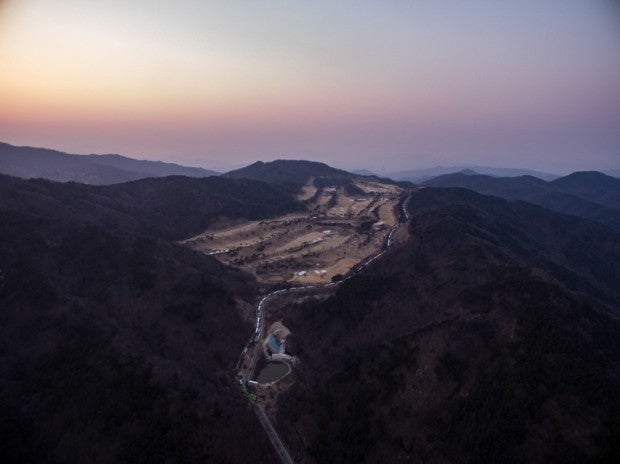 “The development and completion of a new-type high-thrust engine would help consolidate the scientific and technological foundation to match the world-level satellite delivery capability in the field of outer space development, he noted”, KCNA said.

Rocket engines are easily re-purposed for use in missiles.

Outside observers say that the nuclear-armed Pyongyang’s space program is a fig leaf for weapons tests.

The new US Secretary of State Tillerson arrived in Beijing Saturday after visits to US allies Japan and South Korea where he said the US would no longer observe the “failed” approach of patient diplomacy with Pyongyang, warning that American military action against the North was an option “on the table”.

The tougher US talk followed two North Korean nuclear tests last year and recent missile launches that Pyongyang described as practice for an attack on US bases in Japan. CBB/rga

Read Next
Paris airport attacker said he ‘ready to die for Allah’
EDITORS' PICK
No. 1 smartphone brand realme Philippines, enters postpaid market with first 5G smartphone
WHO: Keep guard up even with COVID-19 vaccine nearing rollout
Legislators among those linked to corruption, says DOJ chief
Speed of COVID-19 vaccine development an extraordinary feat
Manufacturing heavyweights weigh in on post-pandemic transportation, logistics, and supply chain in Cisco Live Series
Smart celebrates the Season of Giving with GIGAMANIA
MOST READ
‘This is highway robbery:’ Valenzuela mayor shows traffic jam due to RFID payment system
Legislators among those linked to corruption, says DOJ chief
Son of slain peace consultants has message to Sinas
PH going back to ECQ this Christmas season? IATF says it’s fake news
Don't miss out on the latest news and information.