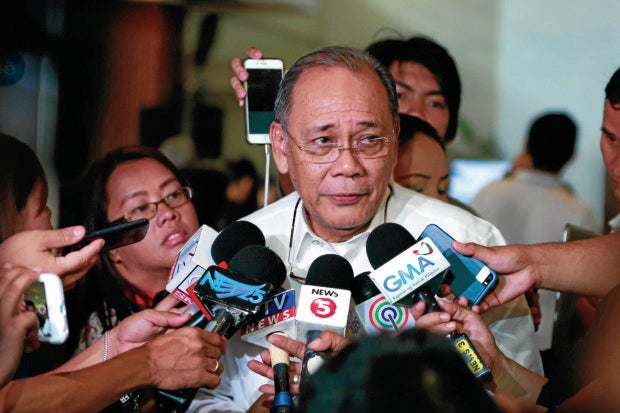 The impeachment complaint against President Rodrigo Duterte is part of a “larger scheme” to discredit his administration, Malacañang said on Thursday.

“It just seems rather dramatic that everything seems to be so coordinated at this stage,” presidential spokesperson Ernesto Abella said in a press briefing.

He was asked if he considered the filing of the complaint by Magdalo Rep. Gary Alejano, an ally of Mr. Duterte’s archcritic, Sen. Antonio Trillanes IV, part of a destabilization attempt.

As to whether Malacañang viewed the message of Vice President Leni Robredo to the United Nations Commission on Narcotic Drugs as part of the plot, he said the timing was unlikely to have been a coincidence.

“Events like these seem to be too well-coordinated as to just be coincidental,” he added.

Robredo, who has been critical of the administration’s drug war, said in her video message to the UN body the Filipinos felt “hopeless and helpless” amid killings and police abuse of power in its conduct of the drug war.

Abella said there was no reason to impeach the President. “No treason, betrayal of trust, bribery, graft and corruption, high crime and culpable violation of Constitution has been committed,” he said.

The extrajudicial killings of drug suspects are not state-sponsored, and Mr. Duterte has made it clear that he would go after abusive law enforcers in the drug war, he insisted.

Mr. Duterte would respect the impeachment process and its outcome, Abella said.

“No one is truly above the law, not even the President, but the administration upholds due process and is ready for the consequences of its actions that takes consideration, above all, the interests of the Filipino people,” he said.

But he also cast doubt on the capability of Magdalo to gather support for the move in the House.

“At this stage, it looks like they are scraping the bottom of the barrel,” he said.

Abella stressed the move in the House was not a cause of concern. “We will continue with nation-building. Let us not lose that point. There is a lot of noise on the side, but the President continues to work,” he said.

“At any rate, we welcome this as an opportunity for the public to see how baseless the claims are against the President,” he said.

“What can you expect? Representative Alejano is a toady of his braggart patron, Senator Trillanes. They must be dreaming,” Calida said in a statement. “They are not even in the league of Don Quixote. (The) impeachment won’t fly. It will crash like a rudderless plane flown by witless pilots,” he rued.

Justice Secretary Vitaliano Aguirre II said: “The allegations in the complaint are not anchored on concrete or solid evidence that would support findings of any of the enumerated grounds for impeachment. Mere allegations without proof are not evidence.” —WITH A REPORT FROM MARLON RAMOS